A NEW FRAME OF MIND

A NEW FRAME OF MIND

Impax Asset Management approached us with a group of senior executives that needed a mental shift towards teamwork. Each individual exhibited highly logical thinking processes.

So just how do you get a group of experts in environmental science, energy, asset management and finance to leave their comfort zones and unite?

Having analysed their team through the Herrmann Brain Dominance Instrument - a system to measure and describe thinking preferences in people - Impax realised their executives were mostly analytical, data and fact driven individuals.

They largely preferred working alone, so the organisers asked us to create an away day that would pull them closer as a team and have them all work together to achieve a common goal.

We decided the best way to do this was to move them from the office chair to a director’s chair, taking the Impax Asset Management senior executive team out on a mission to create a film in a day. Each participant was a leader in their respective field and they all felt their specialism required a lot of introspection and dedicated focus - and didn’t necessarily offer them much time for personal growth.

So it was important to be face-to-face and provoke them to work differently, imaginatively, outwardly even. “Creativity can release you from the limitations that the world has constructed around you,” Robert LaSardo said, so with that in mind, City Academy set the team a task to create a film trailer in a genre of their choice, from concept to completion, under the guidance of professional filmmakers.

They were given film equipment, taught how to use it and actively involved in all the processes, from pre-production to making it all happen on the streets of Soho. The best way to build relationships with people inside the office, is to build them outside the office after all.

A ‘thriller’ theme was quickly settled upon and the senior executives collaborated to develop characters, plots and film scenes – fluidly switching from one behind-the-scenes role to another and shape-shifting as necessary. They worked together to understand concepts of communication applicable to the silver screen, and transferable to the context of a meeting or a work call - from how to form a message and deliver it clearly to leaving the audience wanting more. 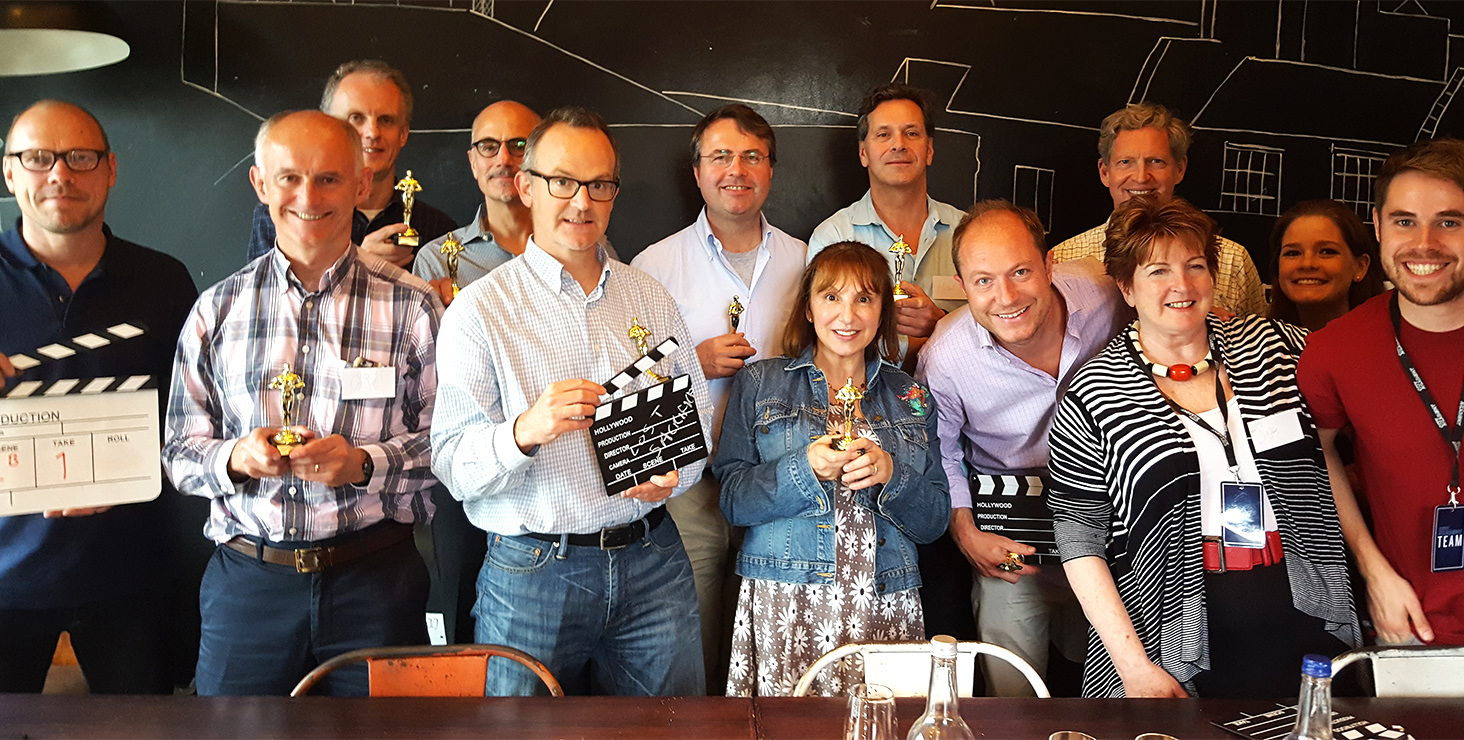 At the beginning of the day, some of the participants told us they felt out of their depth. The team quickly adapted to the new environment of a film set and by the end of the day there was a real sense of achievement.

Watching a rough edit of clips, the executive team told us they were surprised how they had all bought into the experience and managed to create, cast and shoot a short film - their very own masterpiece then came together in the final edit. Members of the team discovered the enjoyment which can come from both initiating new, creative ideas and also relying on someone else’s leadership while taking ownership of different roles within the group.

To be honest, I couldn’t quite believe it. I didn’t think the senior team would take to a creative filming task quite this well. We learned a lot about communication as a team. All in all, a very good day.

For more information or a FREE consultation, please call us on 0207 042 8833 or email business@city-academy.com