London’s West End is world-famous for its plays, musicals and shows. A bustling commercial and cultural centre, built and rebuilt, it blends history with vibrant modern-day London life.

Obviously, the big, the bold, and the brash, are important parts of what makes the West End what it is, but it’s also got its fair share of hidden gems. We’re just about to start running classes at Leicester Square’s Arts Theatre (we’re very excited about it!), so in recognition we wanted to share with you our 10 things to do in the West End…

Around the side of the National Gallery on Trafalgar Square, the National Portrait Gallery’s collection is based on the importance of the sitter rather than the prominence of the artist. Famous pieces include the Chandos portrait of William Shakespeare, but many have curiosity value too. Contemporary artist Grayson Perry recently dotted some uniquely-modern pieces around the place as part of a Channel 4 series) – see if you can find them!

Located south of Shaftesbury Avenue and north of Leicester Square around Gerrard Street, Chinatown is home to over 80 Chinese restaurants and bakeries as well as pagodas and giant stone Chinese-style lions. There’s nowhere else in London like it, but don’t take our word for it – exploring for yourself is an absolute must.

Down a side street off Leicester Square (where A-listers regularly walk the red carpet at Hollywood premieres), the Prince Charles Cinema is one of central London’s few independent cinemas. Featuring cult classics and arthouse films alongside the latest releases, it also holds regular singalong showings, with The Sound of Music being a favourite. But beware, a ghost is rumoured to haunt the upper levels of the red-upholstered cinema.

The sign above Gaby’s Deli proudly declares that it was established in 1965, and indeed owner Gaby Elyahou claims to have brought falafel to London. The cafe is an unpretentious affair – serving Middle Eastern kebabs, bagels and salt beef – that has become a West End institution, long a favourite of actors. It was saved from redevelopment in 2011 in-part due to a campaign led by the likes of Vanessa Redgrave, Simon Callow and Mike Leigh. Cheap and cheerful, and perfect for a quick pre-theatre bite.

The original, and arguably the best. The Comedy Store is the UK’s most famous comedy club and played an important role in the rise of the alternative comedy scene in the 1980s. It maintains its reputation today with comedy and improv nights every night of the week. It’s also where the biggest international names occasionally pop-up unannounced – Jerry Seinfeld and Mike Myers both graced the stage back in 2011.

Established over 100 years ago, Watkins is an idiosyncratic gem. The independent bookshop imports books from around the world and specialising in esotericism, mysticism, occultism, oriental religion and contemporary spirituality. They even offer a regular Tarot card reading service during opening hours.

Map-traders to the stars. With a list of famous customers that includes David Livingstone, Scott of the Antarctic, Ernst Shackleton, Florence Nightingale, Ranulph Fiennes, Bill Bryson and Michael Palin, Stanfords is an essential stop-off for anyone planning an adventure in faraway lands, or just a fleeting interest in topography. It also stocks the best travel writing and trip essentials.

Once a notorious slum, Seven Dials is now a vibrant social and commercial centre just off Shaftesbury Avenue. It’s well worth exploring the seven backstreets, full of cafes, restaurants, shops and pubs, of which the Dials is the centre point. The Cambridge Theatre sits proudly at one corner. 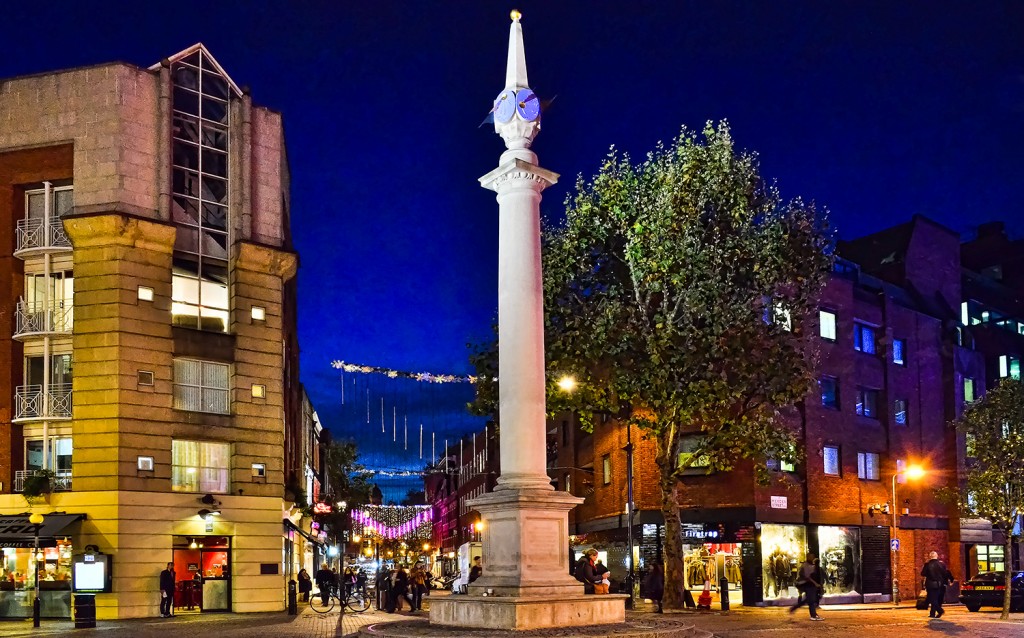 Show Off! is an open mic night entirely dedicated to musical theatre where you can step up and belt out some of your favourite show-tunes. Running at Koha, just around the corner from Leicester Square, piano accompaniment is provided for those wishing to be the star of the show.

10. And of course, the theatres | Various

‘Theatreland’ is host to around 40 venues, with 14.7 million tickets sold in 2014. The West End is rivalled only by New York’s Broadway in volume and quality of shows on offer. Many of the theatres themselves are characterful and ornate, but beware, if booking the cheapest seats in the house, you can often expect to watch the action from a great height. To snag a last-minute bargain, head to the TKTS booth in Leicester Square.

CITY ACADEMY VENUES IN THIS AREA…

The Actor’s Centre – for Photography, and Singing Lessons

Starting an acting career and gaining traction can be daunting. Luckily, here at City Academy our tutors have a wealth…