What separates mankind from its wild counterparts is the ability to string together stories and enrapture audiences. Going back to the beginning of our evolutionary journey and all the subspecies of homo sapiens that existed over millennia, we find examples of our need to pass on events, imagined or real, into collective consciousness. From rock drawings to Reddit.

Today, in an age of self-publication, anybody, no matter how obscure can broadcast their opinions, albeit on carefully monitored websites, news platforms and social networking sites. It can be hard to tell editorial from advertorial, so now more than ever is the time to add conscious, organic, and real storytelling to humanity’s narrative. To understand the communication tools that naturally developed across centuries of civilisations, we time travel to about 300,000 years ago, when we began to advance beyond primitive sounds and gestures, and construct genuinely relatable stories.

At some point we learnt to talk, and we never stopped doing it. Oral tradition, which is when we orally repeat a story from generation to generation, remains our most dominant form of storytelling.

Chronicling our social experiences and what we gained from them used to depend simply on memory recall, sounds and gestures, and eventually rhythms that imitated those found in nature. This was our first ever interactive media – we told small audiences about how to procure food and what to watch out for while hunting, and they would look on in awe or ask questions. In modern history, the transmission of stories has relied on these characteristics plus more concerted vocal delivery and the inclusion of mnemonic devices e.g. alliteration, repetition, assonance and proverbs. These may seem trivial but they give extra texture and narrative layers, making our stories more memorable and therefore repeatable – think oral lore such as folktales, ballads, chants, prose and verses. Once we integrated music, these became songs.

Let characters do the work, and speak for themselves

Early belief systems delivered canonical law orally, and used these performance techniques to make sure disciples would correctly remember what was prescribed to them. Whether we tell a joke, give a presentation, perform on stage or do an open mic spoken word night – today we encourage interpretation and leave room for the projection of ideas. Yet we still fear being misunderstood, and speech is the closest we get to having control over how accurately a story is told.

The earliest known cave art is within an archaeological cave complex known as Cueva de El Castillo. The hand stencils and disks found there date back at least 40,800 years old – discovered in 1903 by an archaeologist as he studied the area of Cantabria, Spain. Most rock drawing examples portray a series of events and depict the hunt of various animals, and are believed to have been not just about art, but part of a ritual and a messaging system from ancient pagan cultures, much like the succeeding tombs, codices and vases that were inscribed with early imagery.

Show them, don’t tell them

Stamps are actually one the oldest examples of iconography that we have to refer back to – Mesopotamian civilisations actually used round seals to press into clay tablets before 3000 BC. Jumping forward to classical Greece and the Geometric period (900 to 700 BC), we see another level of mastery of painted illustration and picture carving. This is an era defined by the presence of monumental vessels, inscribed with motifs and figurines that had until this point been faceless. The most prominent imagery was of armed warriors, aristocratic chariots, and horses on bronze and terracotta pots. Stone sculptures developed afterwards, and today we see similar large scale, public displays of symbolism in the form of graffiti. 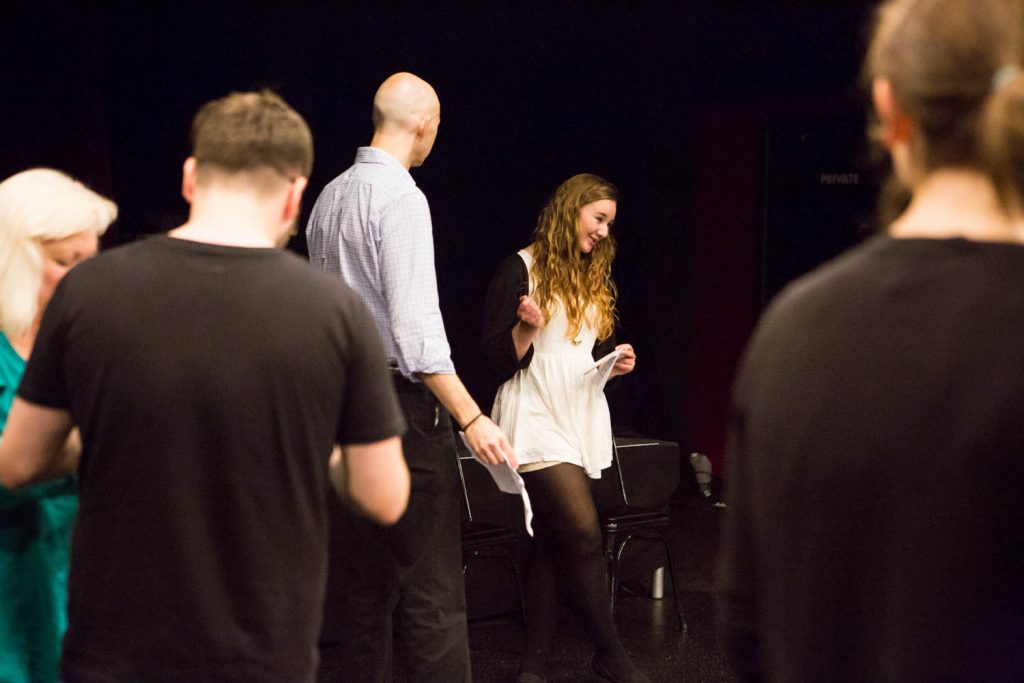 Mankind’s oldest surviving manuscript is also from the Geometric period. It was an epic poem about the demigod and Sumerian king, Gilgamesh, that circulated from Mesopotamia, Europe all the way to Asia, carved on stone pillars for all to see. Writing systems like the Greek alphabet were just being developed, and the concept of the city state established.

A story isn’t just told externally, there’s at least one point when the audience looks inwards

In 200BC we see the work of ancient Greek slave, Aesop’s fables being written down – he was actually alive back in 500BC so his stories had survived by word of mouth for 300 years. The fables were reproduced in Latin iambic trimeters in the Christian Era, and today we still teach kids about ‘the dog and his reflection’.

Moral tales featuring animals, also stemming from oral tradition, were being recorded in Sanskrit and Pali in India (the first evidence of ink comes from here) as well, and travelling to north Africa. Anthropologists and folklorists discovered this trend of hand carving or writing stories occurred across most major countries, connecting people across regions like never before.

Life-like impressions, intricate motifs and textual manuscripts were reproduced on cloth and silk way before printing on paper or papyrus, up until the 17th century almost. The first ever printed book ‘The Diamond Sumatra’ was written in China only in 868AD, and paper was discovered that dated back to 105AD.

Religion played a huge role in the dissemination of print – copying scripture became an essential Buddhist practice, woodblock printing spread to Islam and butterfly binding was invented. This era was the ‘cult of the book’ and led to developments in mass production techniques. By about 1400 paper became readily available in Europe.

Even if the main characters are animals, stories are all about people

Johannes Gutenberg then triggered the European age of printing when he established movable type technology. His ability to reproduce scripts ushered in the Renaissance, an explosion in communication that broke across borders, leading to a complete restructuring of society and further printing press evolutions. The Gutenberg Bible (1455), was celebrated for its print quality and the aesthetic of its copy, causing a knock-on effect that resulted in typography and the fonts that diversify print and the web today.

Eventually publishing houses popped up everywhere, with some becoming cultural hubs for literati, such as Erasmus. Literacy rates increased among the masses, and thankfully the works of figures like William Shakespeare began to appear in print. If it wasn’t for the First Folio collection, printed seven years after the Bard’s death, we probably wouldn’t know what he looked like and could have lost the likes of Macbeth and The Tempest. 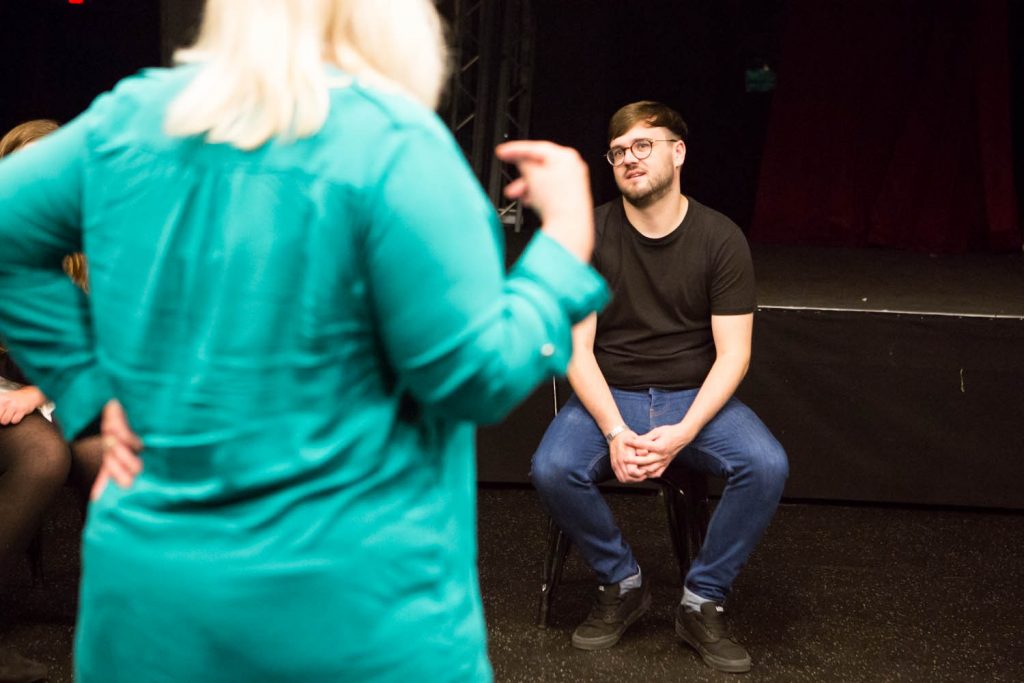 In 1614, Angelo Sala found that “powdered silver nitrate is blackened by the sun”, as was the paper that was wrapped around it. The theory was swept under the rug as of no consequence, but this was in fact the first step towards chemical photography. Attempts to capture light and use a dark room to ‘imprint it’ on paper were then made in the early 1800s, but it was in 1839 that photography was officially born, and visual narrative began to have an impact on entertainment, and wider society. These photochemical techniques were also the foundation of film, and both disciplines made leaps and bounds together in the 1990s when digital cameras democratised them.

The first ever motion picture was actually a garden scene made about a 100 years earlier, and things got a bit more exciting when the French short film known in England as ‘Train Pulling into a Station’ was released. The 50-second black-and-white silent documentary depicted a steam locomotive stopping at a platform in a single, continuous shot that famously had its audience ducking for cover and jumping out of the way because they believed it was really coming at them. The film “had a particularly lasting impact; yes, it caused fear, terror, even panic”, said Hellmuth Karasek in a German magazine. This is a well known myth, and the lesser known truth is that the directors were trying to achieve a 3D scene, so the success of 2009’s hollywood hit, Avatar, has been a long time in the making.

Don’t give away the answers, if the audience aren’t asking questions, they’re bored.

When done right, enhancing the illusion of depth can be wonderfully immersive, allowing us to almost see inside a director’s wildest dreams – a notion that has resulted in new media platforms such as virtual reality headsets. While we are able to see and unthinkingly consume the imagination of others more and more, it’s just as important to have your own outlet.

Media and marketing are everywhere, but the tools to tell your own tales are also at your fingertips, and that is quite literally true with the rise of the internet. Digital storytelling has never been easier thanks to the world wide web, where each of the evolutions we’ve mentioned here converge and reach millions across the globe in a matter of seconds. Whether it’s Snapchat story, a Ted talk, a blog or a good old face-to-face exchange, self-publishing is inherent and learning to do it in today’s day and age can empower you.

If you’re interested in storytelling for business or storytelling for performance and broadcast, it is easier than ever to learn to communicate naturally and powerfully, adding your voice to the mix.

For core storytelling mediums, check out City Academy’s courses in drawing, writing, acting, photography and film. We also offer public courses on particular communication techniques, such as how to present well, speak in public, think fast on your feet, or make yourself heard. These workshops can be tailored for corporate team building events too, please see our business training section.