Jazz Dance is an ideal way to develop well-rounded dance skills – it’s lively, energetic, and creatively diverse. A combination of popular forms, it can vary in technique within different schools of thought, remaining fluid with the times in which it finds itself.

The Jazz Dance Company at City Academy is led by Maksym Shpachynskyi, who trained at the prestigious Kyiv National University of Culture and Arts in Ukraine. Maks specialises in Jazz, Ballet and Russian dance and has toured around the world performing with top companies, including Riverdance.

As a result of his influences, City Academy’s iteration of Jazz Dance falls within the Modern and Lyrical styles – characterised by fast tempo, instrumental virtuosity, and improvisation based on the combination of harmonic structure and melody, as well as lyrics.

With the help of Maks’ expertise, we trace the dance form’s historical roots and follow its shape shifting present, revealing five things you probably didn’t know about Jazz Dance…

1. The origins of the word ‘Jazz’ are far from innocent 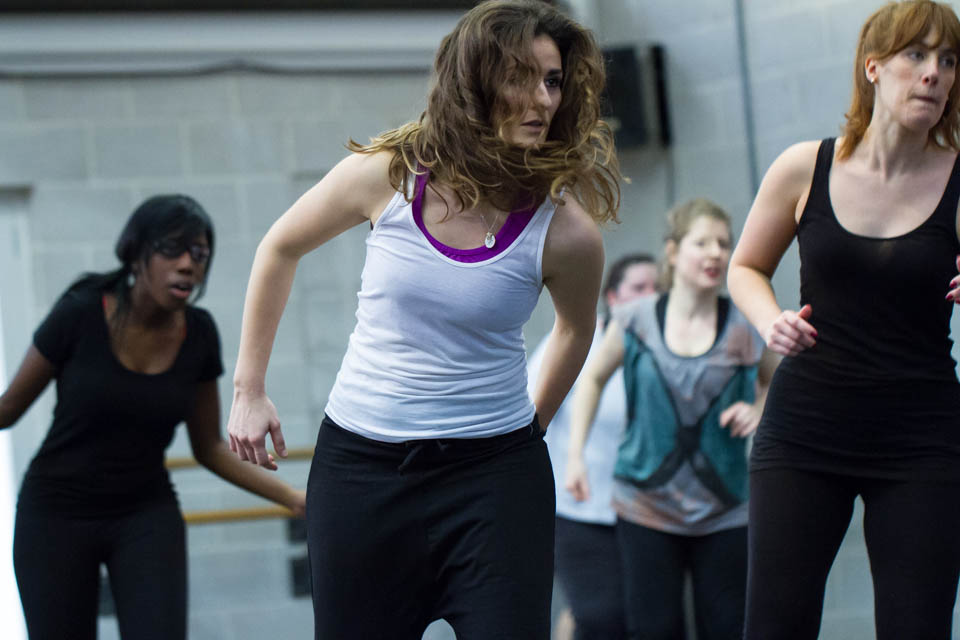 There is huge interest in the etymology of the word Jazz, to the point where the American Dialect Society named it the Word of the Twentieth Century. Lucky for us, that means there’s quite a lot of information available on the lifetime of this now musical designation, though it isn’t definitive.

In recent developments, it seems baseball played a hand. In 2003, a New York University librarian found the earliest recorded example of the term Jazz in a Los Angeles Times article, published 2 April 1912. It revolved around a minor league pitcher, Ben Henderson, who didn’t popularise the word but at least got it in the papers for us to trace:

“I got a new curve this year,” softly murmured Henderson yesterday, “and I’m goin’ to pitch one or two of them tomorrow. I call it the Jazz ball because it wobbles and you simply can’t do anything with it.”

As prize fighters who invent new punches are always the first to get their’s [sic] Ben will probably be lucky if some guy don’t [sic] hit that new Jazzer ball a mile today. It is to be hoped that some unintelligent compositor does not spell that the Jag ball. That’s what it must be at that if it wobbles.

Jazz as a dance form developed from the parties of the early 1900s, at the break of Jazz Music in New Orleans. The scene there included gatherings surrounding music such as brass band funerals, community park picnics, street parades and ball games, where the people present were encouraged to interact and participate with performers.

Venues included the likes of Funky Butt Hall, which doubled as a church, and Johnson and Lincoln Parks, and most of the occasions held there were filled with energy and jubilance. So originally Jazz Dance meant any dance form that was done in these conditions (including jitterbug and tap), and done to the beat of a grassroots musical revolution that broadly included ragtime, blues, spirituals, marches, and the popular tunes of Manhattan’s ‘Tin Pan Alley.’ 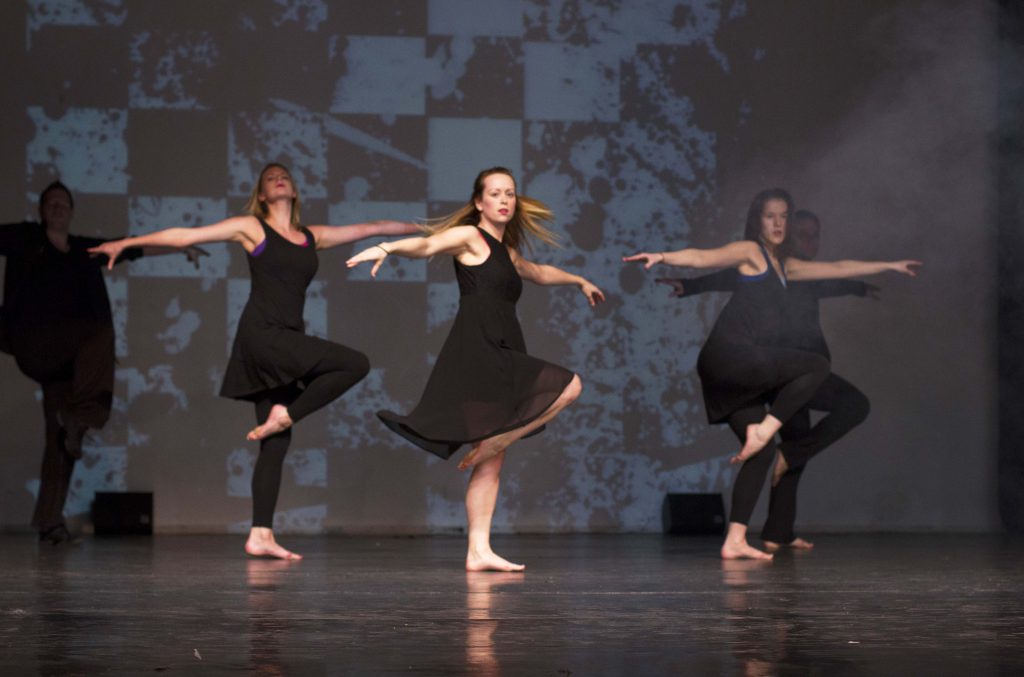 3. Slavery played a part in the formation of Jazz Dance

So the music of the time was very much American, but it was slowly assimilating the rhythmic sensibilities of African slaves in New Orleans, who were the only ones in the whole of America that were allowed to own and keep their drums.

Voodoo rituals were frequented by all – poor, rich, black, white – and the raw, mesmerising rhythms and movements eventually defined the essential style of Jazz Dance.

Many of the steps evolved from the enslaved’s need for an emotional outlet, while traders needed them to keep physically fit, and so Jazz Dance became distinct from European hustles thanks to the fervent and wild streak of the dances that took place during cross-Atlantic passages and on plantation sites.

4. Despite its strict reputation, Jazz Dance is a rule breaker

Yes there are some key rules that act as identifiers of the genre: be in direct conversation with the music; have a low centre of gravity and high energy levels; meaning do less floor work and more isolated and jerky body movements; creating an overall kinaesthetic vibe that is slinky and syncopated.

“I think people have lost something – the idea of what dance is. Everybody seems to be in it for matter of personal pleasure, but there is more to it than that, such as expressing your culture, expressing the meaning of your life, the meaning of the people you came from, your family, and your roots, and that kind of thing. Dance does this, it’s in there, we just have to take it out and use it.” – Katherine Dunham

Nevertheless, there’s still room for experimenting, hybridising and improvising. As mentioned before, Jazz Dance has always moved in time with the nuances of popular culture and evolutions in styles of entertainment, with many choreographers taking Jazz Dance into their own hands to shape their own channels. For example, the ‘Matriarch of Black Dance’, Katherine Dunham, reinforced Jazz Dance’s connection with its African origins through a dominating feminine energy and “a style of dance that involved a loose torso and spine, articulated pelvis and isolation of the limbs” to create her own technique. In the meanwhile, Bob Fosse was highly influential in the development of Jazz Dance in movies, building upon Jack Cole’s popularisation of Theatrical Jazz Dance, whilst also weaving burlesque and vaudeville stylisations into his choreography. 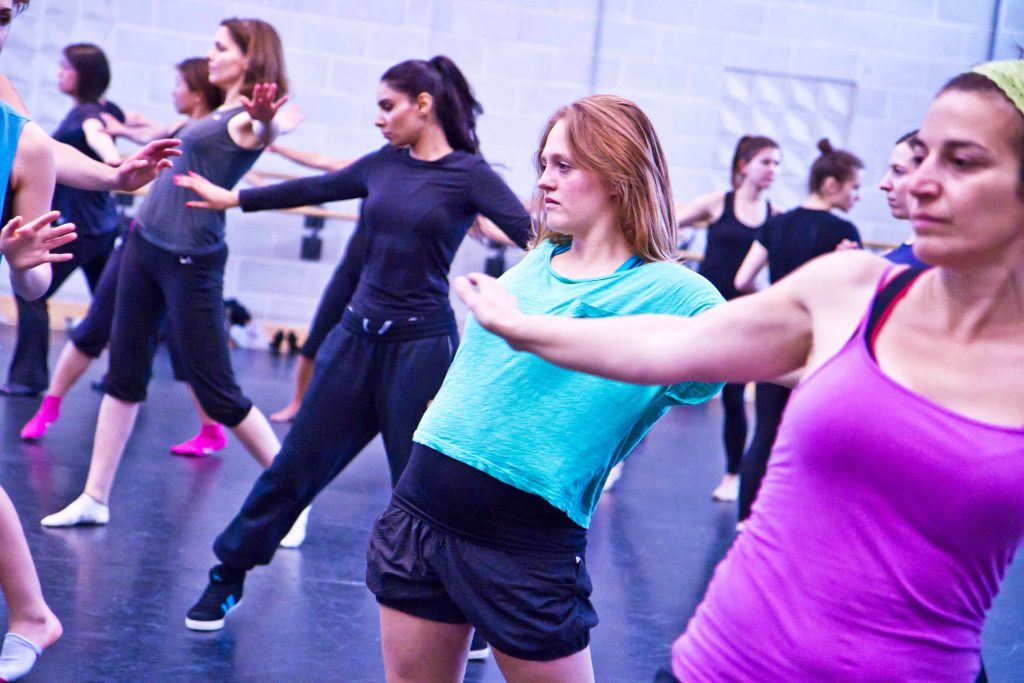 5. Like Jazz Music, Jazz Dance is the predecessor to something new

Jazz is not afraid of change, whether it be the music or the dance. The latter has now evolved into an cardiovascular exercise technique – derived from the struggles of an American Jazz Dancer with a disability.

Eugene Louis “Luigi” Facciuto was an innovative performer, choreographer and teacher who established an influential training programme to promote body alignment, balance, core strength, and “feeling from the inside” after a car accident left him paralysed and in need of rehabilitation.

Facciuto’s initiative is now the basis for workouts that combine aerobic principles with the bodily expression of Jazz Dance and of course, a scorching soundtrack to boot. Some ‘Jazzercise’ techniques even go so far as to adopt particular stylisations such as Latin Jazz and Jazz Funk.

At City Academy, we offer a Flexibility Course to teach you how to stretch, increase strength and improve stamina for optimum dance fitness.

If you’re interested in dance and all that jazz, check out our Jazz Dance courses here >>>