Doug Hansellis the musical mastermind behind our mixed members and mixed repertoire choir, the Collective. An Australian performing artist, he's trained extensively in theatre and musical theatre both down under and here in the UK, and is an accomplished vocalist and instrumentalist. In a moment out, he spills the beans about his recent stint at the Charing Cross theatre, his musings around group singing, and what to expect from the Collective's new winter season show... 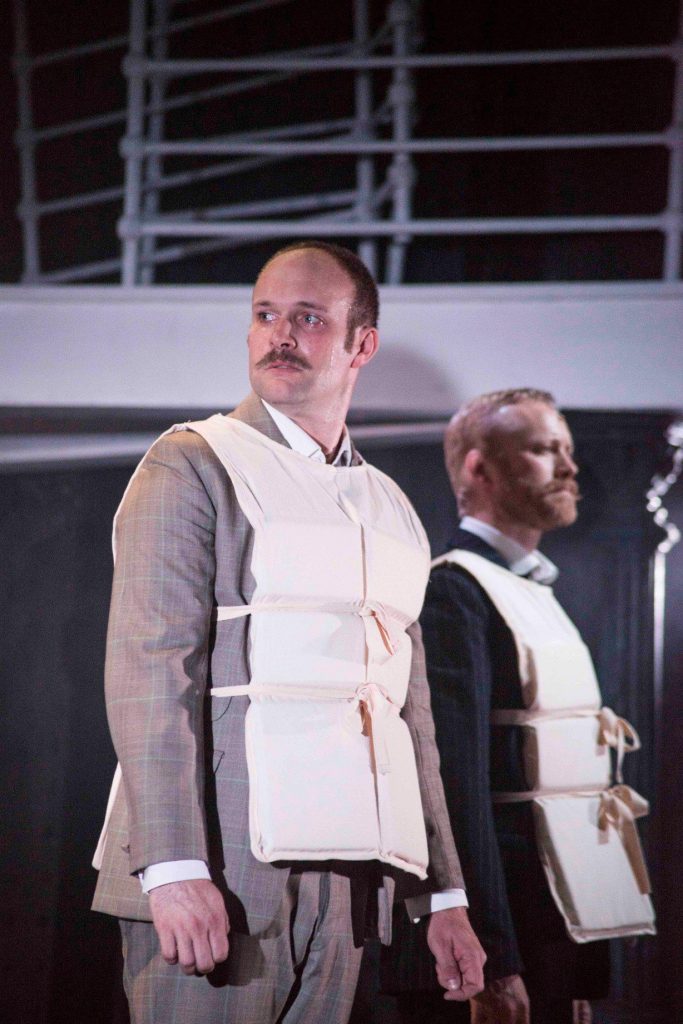 Doug in Titanic at Charing Cross Theatre, by Annabel Vere

Tell us about playing Charles in Titanic at the Charing Cross theatre...

'Titanic' was a really joyful experience. It was my first musical in London since arriving from Australia, and as clichéd as it sounds, the highlight for me was working with a truly wonderful bunch of new - and to me, unfamiliar - faces. Also, I was that kid who knew every single statistic about the Titanic, so it was quite a thrill to get to work on a show about my childhood obsession. Plus the music is searing! Charing Cross Theatre itself has a few teething issues to iron out but in terms of the quality of work that the team there are putting on, it's really going to be a powerhouse of creativity over the next few years.

Do you get nervous? What's the best way for coping with that?

The most nervous I've ever been was on opening night of a local production of Pirates of Penzance when I played Frederic as a 13 year old tenor. Everything since then has been a breeze! Ha! No of course, I do get nervous to varying degrees, dependent on a range of different circumstances. I try to amp up my meditation practice during a rehearsal period and then every show I just make sure that I'm as warmed up as I can possibly be.

It helps to set tiny practical goals for each performance so there's something active you're focussed on achieving, rather than worrying how the audience might perceive you.

How do you balance being an actor and singer, with being a tutor and director?

I made a deal with myself in my late 20s that for the rest of my life, I'd earn my living based on the field I'd trained in and what my passions were. For me teaching is a legitimate part of that. I haven't had a so-called 'day job' for quite a number of years now because I gave myself that permission. I think teaching and directing allows you to synthesise what you know as a performer and practice articulating it in - hopefully - an increasingly sophisticated way. And it's a form of acting anyway. So no...I can't say I find it hard to switch modes.

Who are your artistic inspirations and how did you get into performing arts?

A senior lecturer at university wrote on one of my reports that I was incredibly playful but that I had a steely (I think she meant ruthless) determination. So I guess what drove me into this career was a sense of play and sheer pigheadedness! I like being part of storytelling - singing, acting, music - it's all from the same pot. Music just gets me going, I tend to obsess over a particular soundtrack or composer or singer for months on end. I think singers like Cecilia Bartoli and John Mark Ainsley are remarkable artists. And I love Chekhov, Tony Kushner, David Mamet. 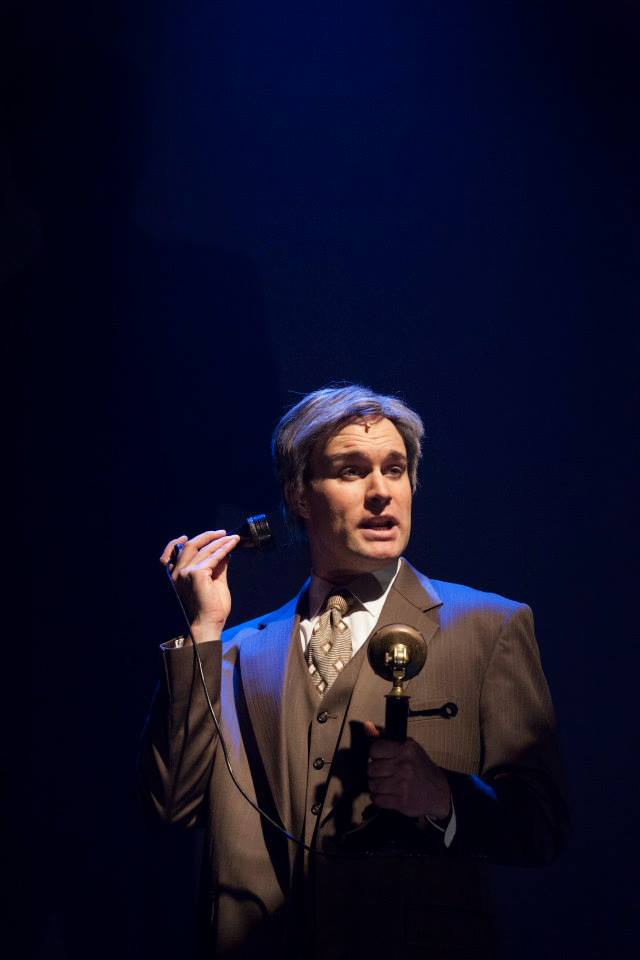 Doug in The Wharf Revue (Sydney), by Brett Boardman

There's a lot of research on group singing being a form of catharsis for participants, how does being part of the choir affect you as an MD?

I absolutely believe that singing with a group can be one of the best things for your health. Totally. A lot of the group form personal friendships and every so often we'll have a drink after rehearsals which is a nice way of tightening the group dynamic. For me, each rehearsal I put on about 10 different hats. One minute I'm director, the next I'm the showman, then I'm the teacher, the class clown, the school ma'am and then the motivational speaker. It's a lot of fun but also an enormous responsibility - people are committing two hours a week of their precious personal time, so you really have to make it worth their effort and turn up with your A-game.

When did you first get involved with the Collective and how has it changed over the years?

I had my first rehearsal with the Collective in May 2015 - so about 18 months ago. At the time, the group was known as City Academy Gospel Choir and there were 10 members. I was charged with increasing the membership and diversifying the content. Gospel music certainly still infuses our repertoire though it's no longer the sole focus and I can't quite believe that we're about to do a concert with 30 members.

I think they're a really terrific bunch of singers and I'm really freaking proud of them!

Does your musical theatre background impact the repertoire?

Yeah, naturally it does, however we have a real mix - along with gospel and musical theatre, there's soul, pop, and contemporary classical. I've never really been too interested in trying to stamp an arbitrary label on the Collective, the repertoire and I respond more to the composition of the group as individuals. But I have tried to push them to both in the complexity of material we choose and in the development of the sound they produce. Having said that, I'd be surprised if there were many other choirs in London that have as many laughs as we do!

What can we expect from the upcoming show, Sure On This Shining Night?

The show will feature some really beautiful music that people won't have heard before as well as a number of crowd pleasers and old time favourites - it's going to be an actual show rather than simply an 'end-of-year choir concert'. I'm calling in a few favours from some mates of mine from the West End so we'll have a couple of guest artists and a small group of musicians to support us...I hope it's going to be a really memorable event for audience and performers alike. Here are a few songs from our repertoire:

'Sure On This Shining Night' by Morten Lauridsen

'How I Got Over' - my best mate Dynes Austin is in this clip!

And finally a bit of Freddie to round things off...

Join the Collective to socialise, harmonise and sing to your heart's content >>

If you want to learn songs of a different repertoire, get creative and let rip with one of our other choirs >>

Alternatively, gain confidence, train your voice up and specialise in a specific style with one of our singing courses >>

Jo was an integral part of our Musical Theatre family for many years. She was a talented performer and a…