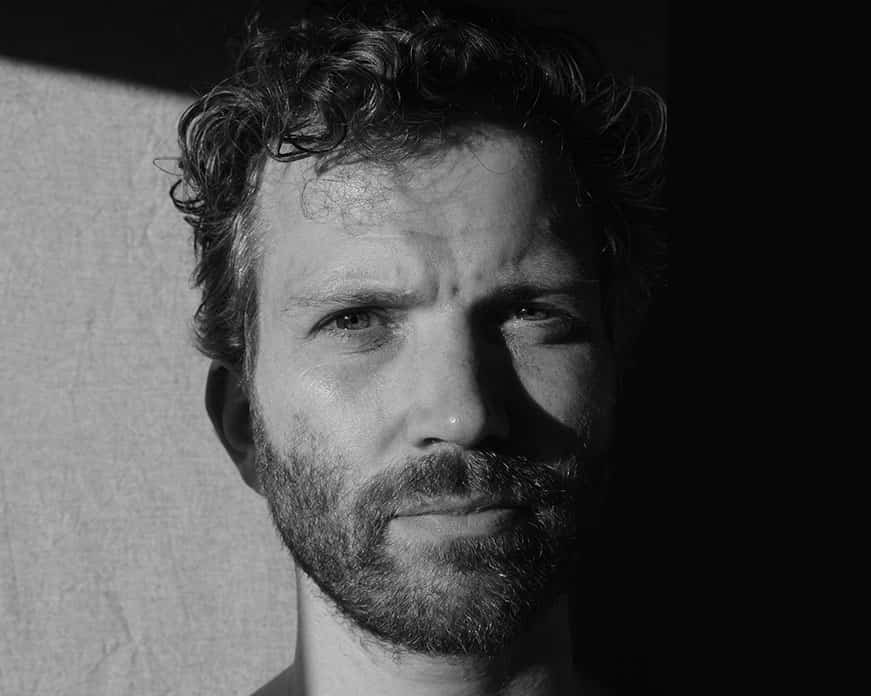 Earlier this year we launched our very first Script-a-Shot competition: an initiative to fully produce a short film written by a graduate of a writing course. We were delighted by the submissions, particularly our winning script, 'Age of Reason' by Edo De Bruijn. A coming of age story set in a commune where all is not as it seems, Edo's script to screen spun a yarn laced with mystery.

Only days away from shooting, we caught up with Edo to talk about the process so far...

Let's go back to the beginning. When did you decide to enter the Script-a-Short competition?

Following my decision on, very cliché, January 1st to take on a new hobby, I decided to take on my long slumbering wish to be part of the movie making process. My first steps were to listen to a 'finish the script' audiobook and register for Jon's course at City Academy. This was great fun; it's astonishing how deeply engrained the desire for a three act structure remains within us since the Greeks. I learned about the competition during the course and immediately knew I would try; why not?

I both had high hopes and absolutely no idea where I stood in this competition. I received the news travelling with friends in Italy. Of course, the competition had been a frequent point of discussion. To hear that I was the winner was exhilarating. Yet I did not fully grasp what I had won. Once I realised there had been nearly 50 submissions and heard how enthused Tom and Jon were to film mine, I got even more excited.

When I came to understand how many people would be involved in making this film, that is when it became slightly surreal.

Tell us about the writing process leading up to submitting your film...

To me film is there to construct a world to exhibit psychological or philosophic dilemmas. I think a lot about what leading a good life means, both for the environment as well as for myself. No airplanes, go low on plastic, be a vegan, no kids. Where do you stop, remove oneself from the earth? I decided to build a world in which I could bring this to its extremes. I used the child character Jacob to teach the audience the ways of this world. I set up a beat sheet (for me this had to be in excel) to let every scene build Jacob's, and thus our, understanding of this world. The first draft was there in about a week.

After winning you had to write another draft of the script with feedback from Jon Barton. What was it like to have a script-editor for the first time?

I enjoyed it very much to receive Jon's feedback. He knew how to bring his suggestions very well, perfectly understanding that any change to my baby script might well come paired with emotions. He proposed to drop characters and move scenes around to strengthen the climax. Then there were logistics. I casted Jacob to be younger until Jon explained he complications of having a six-year-old on the set.

I am certain that with his advice the film will be more to the point, more filmable and therefore more gripping.

You're in Pre-Production at the moment. Working closely with director Tom Colley, what discoveries have you made about the process so far?

It was fun to go over the candidates with Tom. For me It's very strange to hear actors speak out your sentences. Tom is very much in line with what I have in mind and managed to find a very suitable location. Evertime we chat I become aware of how much effort goes into 6 minutes of film.

What's been the highlight of your script to screen journey to date?

I really enjoyed sharpening the story with Jon and presenting the shooting draft. It was a nice accomplishment and it felt as the starting signal after which a flurry of casting and location finding began.

We're shooting on 15th September! Are you looking forward to Production?

Wouldn't miss it for the world!

You can read more about Edo's experience on his script to screen journey in Part 2, coming soon. If you're interested in writing your own script, take a look at our Script Writing courses here.

In December 2017, the City Academy Actors Company took on no other than Philip Pullman and the brothers Grimm. With…