City Academy > Musical Theatre > Once Upon a Sondheim

We interview two of our wonderful cast members, Rosalyn and Andrea, from our Musical Theatre Studio Company. Rehearsals for their production of Stephen Sondheim’s, Into the Woods, are really taking shape as the cast prepares for a five-day run of the show in just over 2 weeks’ time.

We find out about how Rosalyn and Andrea are getting on, and how they dedicate time to musical theatre around their busy working lives as a doctor and patent attorney respectively. We also get a sneak peak of what they show will have to offer!

Rosalyn is a GP in the NHS by day, but by night she is one of our seasoned Musical Theatre performers. An original member of our Tuesday Musical Theatre company, she has performed in seven City Academy Musical Theatre shows over the last five years. We talk to her about her experiences, how she’s started writing musicals of her own, and why Into The Woods could just be her best show yet! 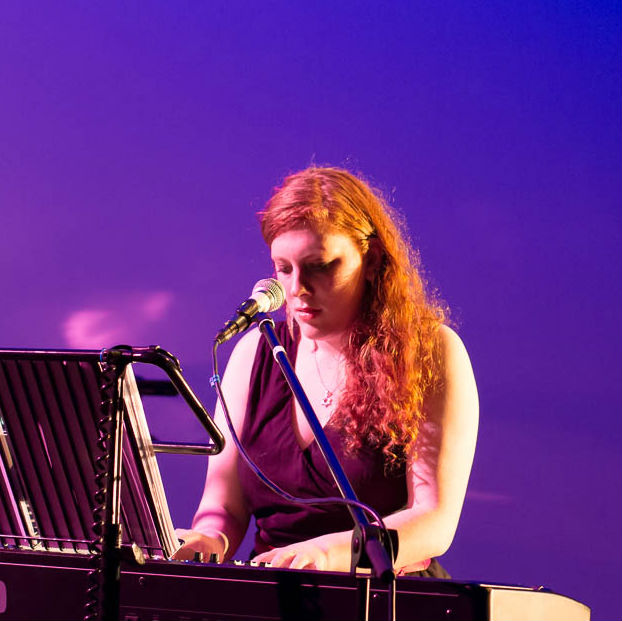 How did you get into doing Musical Theatre in your spare time?

I love musicals and had always wanted to get involved but never had the courage or time. I was an adult when I discovered City Academy and decided life was too short! I did a few acting and singing classes before getting the confidence to sign up for Beginner’s Musical Theatre which was really what I wanted to do all along. Then I got hooked! I think it’s great to be able to do this as a hobby, it’s a really good contrast to my work as a doctor.

I am also learning to write musicals as part of the Book Music Lyrics workshop in London so it’s interesting to be on the other side performing. It’s also fabulous to have a group of like minded people who I can persuade to come see obscure musicals with me.

I got hooked! I think it’s great to be able to do this as a hobby, it’s a really good contrast to my work as a doctor.

It’s not long until the show now! How are rehearsals going?

Rehearsals are going really well. It is quite intense as everything is being done over a 2 month period but it is a very friendly, focused team and we are having a lot of fun as well as working hard. I’m really looking forward to the full show when we’ve learnt it all and also trying on the beautiful costumes Twan (Rapunzel’s Prince) and his team have been designing and making for us.

What do you like about Into The Woods as a musical?

I’m a big Stephen Sondheim fan in general, but particularly love Into The Woods. It is a very funny and clever ensemble musical with a complex plot with multiple fairy tales interwoven together around a new invention of a baker and his wife. The score is really cleverly written and also beautiful with a lot of memorable numbers. It’s been challenging to learn as the music is rhythmically difficult. We’re all counting beats in our heads to try to come in at the right place and the Musical Director, Matt, is amazing at teaching us the complicated music and understanding how it should be performed.

It’s going to look and sound beautiful and hopefully will be very funny too. I think it’s a cracking cast and hopefully our love of the piece and how much we enjoy it will shine through.

Tell us a little about your role..

For some reason I always get cast as nasty middle aged women! One day I’d like to play someone nice and younger – near my actual age – if anyone influential is reading this! Anyway- here I play Cinderella’s beautiful evil stepmother who is trying to get her daughter married off to the Prince and keep Cinderella out of the way. I also have a small part as Little Red’s Granny – I think it’s time to get out the anti-ageing serum!

What can we expect from the Studio Company show?

It’s going to look and sound beautiful and hopefully will be very funny too. I think it’s a cracking cast and hopefully our love of the piece and how much we enjoy it will be apparent.  We even have puppetry which will be fun and the piece itself is quite deep and tries to turn traditional fairy tale cliches on their head and questions our beliefs. Even if you don’t know the musical it’s very accessible as the characters and stories are familiar but with an interesting twist.

How has it been working with the group?

I knew many of the cast before starting rehearsals from other City Academy shows so it’s really like hanging out with old friends while doing something I love. We do quite a lot of socialising after rehearsals at the moment! There are some new people doing their first Studio Company show and its been lovely to get to know them and they have all fitted into the group very easily. It’s also fabulous to get to work with the professional teachers who are so talented. Pippa O’Brien taught my Musical Theatre classes back in the day and has directed and written many of the other shows we’ve been a part of; she’s been involved in helping so many of us develop as performers through City Academy courses over the years.

Patent attorney, Andrea, joins us for his first full-blown Musical Theatre show. He talks to us about how Musical Theatre is great creative outlet, and what it’s been like working with his fellow cast and creative directors. 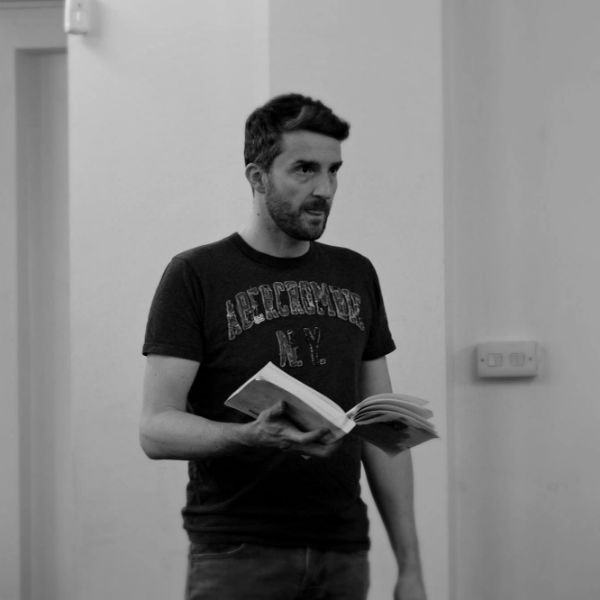 I am a bit of a theatre geek, so the fact that it was composed by Steven Sondheim with a libretto by James Lapine already puts the show in a superior category in my eye.  They have written some truly outstanding Musical Theatre, and what Sondheim does particularly well is writing music while thinking like an actor and director would, so every single note, every break in the score are there for a reason, and if you take the hints he has disseminated into the music, it becomes much easier to give life to the fictional world the show is set in.

That… and the fact that Into The Woods gives you a chance to reconnect with your inner child, because it is rooted in the fairy tales we all grew up with, but does that with a bit of a darker, more mature twist.  I think it brings to the audience a fresh, clever reading of those tales, and sends out a message that is perfect both for your inner child and for the grown-up you’ve become!

It’s been great fun, everyone is so lovely – fellow cast members and the whole creative team – so we may work hard, but we do that with a smile on our faces

How are rehearsals going?

Rehearsals are intense and fast-paced, because this is a beast of a show which can get quite intricate in terms of entrances and exits so blocking the scenes is keeping us on our toes the whole time.  It’s been great fun, everyone is so lovely – fellow cast members and the whole creative team – so we may work hard, but we do that with a smile on our faces, and I feel like we’re doing a good job. I hope we’ll do Mr Sondheim some justice!

Tell us a little about your role.

I play two roles in this show, the Narrator and the Mysterious Man.  As the Narrator, I am essentially the outside observer who knows where the story goes and shares his knowledge of facts and characters with the audience little by little as the plot unfolds.  As the Mysterious Man I get to be part of the story, but it’s definitely not a coincidence that the two roles are played by the same person, since the Mysterious Man, too, is there to help the story progress and (no worries, no spoilers here!) to give some of the characters a little push when they need to make a choice.

You’re in for a treat…we’ll take you to a fairytale land, there will be magic..

How has it been working with the Studio Company?

Pippa, our director, has put together a lovely company where everyone brings a lot of positive energy and the will to create something beautiful together, so it’s very easy.  Everyone in the creative team is doing an amazing job, but I think a particularly big thank you should go to Matt, our Musical Director, who has been putting in tons of extra rehearsal time to make sure that we really know the ins and outs of the score.

What is your favourite song from the show?

There are lots of great musical numbers in the show, so it’s hard to make a choice.  I’ve always loved No One is Alone towards the end of Act 2, and I think it holds the key to one of the messages of the show, which has to do with the importance of forming a community and standing together in the face of adversity.

What would you say to someone thinking about getting a ticket?

Come see the show!  You’re in for a treat… we’ll take you to a fairy tale land, there will be magic, but you’ll see it’s also got plenty of similarities with ‘the real world’ and you’ll be very happy to have come ‘into the woods’ with us.  Actually, as my dear friend Little Red Riding Hood would sing: “Into the woods… and who can tell what’s waiting on the journey?”

Rosalyn and Andrea are members of the Studio Company. They rehearse weekly and perform their own musical productions at theatres twice a year.

Interested in the Studio Company or want to try a Musical Theatre class? See here.

A Charlie Brown Christmas by Charlie M. Schultz may only be a 25 minute film, but its longevity is proved by…