We have so many amazing choirs and their members are equally amazing and diverse, so we decided to have a chat to them and share some of their stories. This week we have been talking to four members from Encore, our fabulous musical theatre choir! 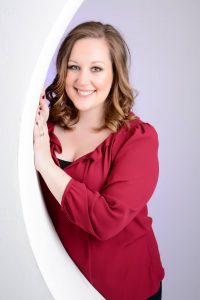 I grew up singing, and choir was always a huge part of my life. I'm from the States where show choir is a big thing. I spent all of my time in high school (college/sixth form) at various choir competitions, small group ensembles and at concerts. To this day my choir memories have given me a lifetime of special moments. I was in choir in university as well, so after I moved abroad I felt this hole in my life. It was the first time in roughly a decade that I hadn't been in some sort of organised choir. I missed it! While hindsight is 20/20 and I realise now how much I missed singing, the real reason I joined choir was to meet new people. Moving 4000 miles from 'home' meant uprooting my whole support system, so I wanted to meet people who'd understand my inner choir nerd. I definitely found my tribe.

2. What made you choose Encore?

I think it was kismet that I went for a taster session when I did. I was apprehensive at first, nervous to stand out as the lone wolf not knowing anyone when I sat down at the start of choir, luckily there were three other girls who were doing the session that night as well. We all ended up joining and they are to this day my closest mates in the choir. The entire choir is incredibly welcoming, so fun to be around, and genuinely the nicest group of people I've met since moving to London. Aaron, our fearless leader, keeps things fun as we prepare our repertoire. Ultimately the reason I chose Encore was the music. The reason I continue to choose Encore is the lovely people that make up our little choir family.

3. What's the best experience with the choir so far?

Our June showcase was my first full performance with the choir, and it was so fun to see the hype with everybody before the show. It just filled me with joy to be back performing again. I can't wait for our full show on December 3rd!

Otherwise my most memorable moment would be a karaoke night that about 15 of us did back in the spring. We had such a good time belting out our Abba tunes.

4. What are most looking forward to for your next performance?

I'm really looking forward to being off book and playing with a full band. That will be quite something. I'm also really hoping that my dad will fly over for a visit around that time so he can see the action in person!

5. What's your favourite song you sing with the group?

There are just too many to choose from. I think I'll always love singing the Lion King Medley. Abby does such an amazing job soloing that medley and it just brings the whole thing to life. I also loved doing Supercalifragilisticexpialidocious (and yes, I did just sing the spelling of that to assure I wrote it properly) with Lisa as Mary Poppins, especially when the audience joined in. That was so fun to see everyone bouncing along and giggling at how challenging it is.

6. If you could describe the choir in 3 words, what would they be? 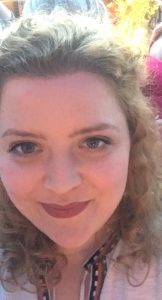 Senior Researcher
Have been an Encore member for 8 months

1.Why did you join a choir?

I have always loved singing and was looking for a new hobby.

2.What made you choose Encore?

3.What's been the most memorable experience with the choir so far?

Josh Groban at the One Show with the Choir Gals!

4. What's are you looking forward to the most at your next performance?

6.How would you describe Encore in 3 words? 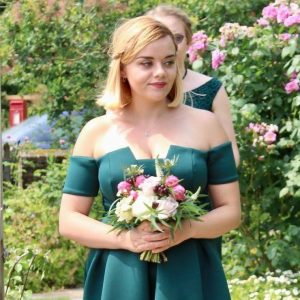 I had singing lessons for 10 years when I was in school and then stopped when I moved to to Leeds for uni and prioritised drinking and a social life over singing. While I’d sung in school choirs before, I had historically always preferred one-on-one lessons, and to perform as a soloist - I guess I was a limelight hog! In previous choir settings, I found having no input into the repertoire we sung very frustrating - not to mention that most of us had been strong-armed into attending and had little interest in being there, myself included.

When I moved back to London, finally got a halfway-decent job and had a bit more disposable income, I decided I really needed to find some hobbies and realised how much I’d missed singing. Private lessons weren’t economically viable (thank you London), so I decided a choir was the next best thing, with the added bonus of meeting new people. I figured this time I was making an active choice to go, so I’d enjoy it more.

I’d started off doing ABRSM exams while I was having lessons, but eventually hit a brick wall when I realised that while I had no problem with vocal ability, my understanding of theory was never going to catch up - to this day I still have to count the notes on a stave whilst muttering ‘every... good... boy... deserves... football’ under my breath, and I can’t sight-read to save my life (even though I also played the harp for around 8 years... badly).

Around the same time I thought my progress was completely scuppered, I ended up with a new singing teacher who specialised in musical theatre. I’d never really liked the more classical ABRSM rep that much, so she encouraged me to switch to musical theatre examinations instead. This allowed me to indulge my more outgoing, performative side and to have more of an input into what I sang, as my new examination board’s (LCM) syllabus was far more flexible.

When I decided I wanted to join a choir, I knew that musical theatre was what I wanted to continue doing. A quick investigoogle later, and I found myself signing up for an Encore taster. The rest, as they say, is history.

3.What's the most memorable experience so far?

Honestly, probably the positive impact it’s had on my mental health. Choir came into my life at a time where I was in a job that made me miserable, performing terribly in a role I was unsuited for, and was feeling like a failure. Singing had always been the one thing I could take for granted that I was good at, but also that I actually enjoyed regardless of whether or not I was hitting a few bum notes. I needed something where I felt like I was being pushed and challenged, but where I had the support of people around me where we were all invested in each other’s successes and were working together to put on a good show. Having that with Encore has made me a much happier person overall, which is what I try to keep in mind when I'm struggling to memorise all the rep for our winter concert...

4.What's the main thing you're looking forward to at the Winter Concert?

My family know that I sing but don’t get to hear me very often, so I love having them along to see what we’ve been working on. I’m hoping the winter concert will be the first time my future in-laws are in attendance, which is really exciting. Either way, I'm just excited to perform with everyone

5.What's your favourite song from the choir?

We've retired it now, but the Hunchback of Notre Dame medley, from what is clearly the best Disney movie, is a favourite of mine - Aaron, if you're reading, can we have it back please? Otherwise, I love With You, from Ghost: The Musical. Aaron put together a beautifully emotive arrangement that sounds just wonderful.

6. How would you describe Encore in 3 words? 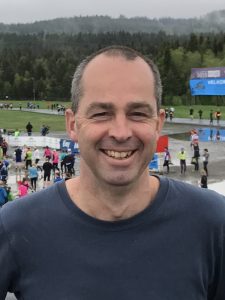 Insurance broker
Encore member for a year and a half

1.Why did you want to join a choir?

At the age of 52 I decided I wanted to learn how to sing. So I joined a City Academy beginners course. This led to an improvers musical theatre course and then to the choir.

I chose Encore because I love musical theatre.

We perform 2 concerts a year. These are always incredible experiences. The most memorable was probably the first concert we ever performed. A big adrenaline rush!

4.What are you looking forward to most at your next concert?

The winter concert will be the first where we have no scores. I think that will make a big difference to the quality of the performance.

5.What's your favourite song to sing with the group?

I’m a Believer from Shrek

6.How would you describe the Encore choir in 3 words?

City Academy has a range of talented and fun choirs to choose from. Whether you want to belt the latest West End toppers with Encore, join our all female choir Songbirds or go for pop and indie with Amplified, there's a choir for you:

Introducing Emma Williams: professional vocalist, songwriter and tutor on our brand-new Performance and Recording course. Emma is a musician and…