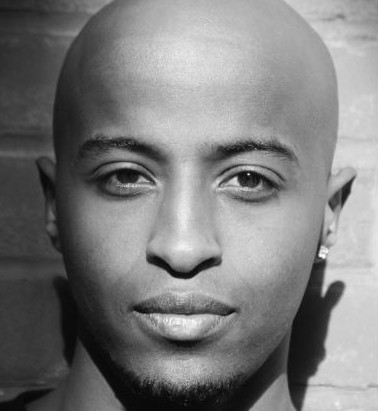 Beru began his career as an actor, appearing at theatres around the UK. He then turned his attention to writing and directing, and produced, wrote and directed several short films. As an acting coach he has worked on several international feature films and is regular tutor for many of our screen acting courses.

Beru tells us about his classes, what it was like performing at Shakespeare’s Globe, and what draws people towards screen acting.

When did you start acting?

After secondary school I started going to Talawa Youth Theatre, and that is where I started acting and becoming involved in devising a lot of theatre. It was so exciting at a young age to create the world, the characters, and the story and have the opportunity to share this with an audience.

It was one of the most extraordinary theatres to work in, because you are aware this is a space that Shakespeare would have written in. You can really see the audience and connect with them, and vice-versa. Also, the design and the structure of the space is incredible.

The history of the place makes it inspiring to do plays there, it feels like their true home.  It is probably the only theatre in the world that still maintains original practice this makes it a unique space for an actor to work in.

It’s so important to be creatively engaged and not just depend on other people to give you parts, but also create parts for others

You have written, produced and directed several short films. Do you think it is important for actors to make their own work?

Being an actor is one of the most challenging professions, so the only way actors can make sure they are constantly working is by creating work for themselves.  It’s so important to be creatively engaged and not just depend on other people to give you parts, but also create parts for others. By putting yourself in your own work you can write the parts you want to play and give yourself more options. Particularly with screen acting this is now easier than ever – with the technology becoming more accessible it has given more people the chance to make their own work and gain experience.

What do you enjoy about teaching?

I enjoy seeing the progress of my students.  From when they start the course and seeing their acting, to what they end up achieving over the course of the weeks. I also really enjoy seeing them develop their own independent way of working: it is so important that once they have acquired the tools, that they can then work with various directors and be able to deliver a high standard of work.

How would you describe your classes?

I like to create a supportive environment where every individual can develop as an actor.  It’s important to challenge students so they can reach their potential.  All of my classes are based on the Stanislavsky and Meisner techniques. Meisner allows actors to become free and emotionally available.  And Stanislavsky allows them to connect to create believable and convincing characters.

It’s such a great honour to have a great character written for you, and this will always stay with me as one of the highlights of my acting career.

What is it about acting for camera that you think your students find so appealing?

I think students enjoy the courses as they help to demystify screen acting. Students are able to see what works and what doesn’t work and try new things.  The classes enable the students to fully understand the form, and also to have a place to practice it. Above all they are practical courses, and I feel it’s the practicality that the students like.

What is your favourite acting job that you have had and why?

Che Walker, an incredible playwright, wrote a character specifically for me to play.  It’s such a great honour to have a great character written for you, and this will always stay with me as one of the highlights of my acting career.