Our Sitcom Writing teachers Declan Hill and Simon Wright consider how writing multiple plotlines makes for quickfire, punchy situation comedy. Taking inspiration from the some of the best American comedy shows, they set their Level 2 students the challenge of developing "A,B,C" plots of their own.

The American TV network had a horrible slogan a few years back. I remember watching an episode of Extreme Makeover: Home Edition where a crying widow squealed this corporate catchphrase through her exploited tears as she reflected on the new home that the network (via the advertising revenue she generated) had built her. “Thank you for helping me ABC better,” she wailed. Would she have said that in real life? I doubt it. Everything that is good and bad about America.

But what American TV does do brilliantly is the speed in which they create three storylines (the A, B and C plots), explore them, play with them, joke them around and then resolve them all in 22 minutes, sometimes 19. Shows like Friends, The Big Bang Theory and Modern Family use their six central characters to maximum effect by pairing them off and giving each of them a problem to solve or an opportunity to lose. We can’t think of a British sitcom that does it with such skill since the demise of Stephen Moffat’s Coupling.

So we set our Level 2 writing students a task this week – come up with an ABC episode for your characters. We weren’t looking for anything too detailed, just a straightforward beat sheet. The first student finished hers in just under 13 minutes and the slowest took a still impressive 20.

A few things were noticeable from the exercise. We’d given them a template to use and the most successful of the episode plots followed it – there was a tendency to get so far and then veer off in their own direction. While it’s always excellent to experiment and play around with ideas and structure, it’s also good in these circumstances to stick to the rules.

As those clever people at TV Tropes point out, having multiple plots versus a singular storyline will change the theme and tone of the episode. If you’re visiting three storylines in 22 minutes and cutting between each of them, you’re looking for quick-fire, punchy, jokey comedy, while if you opt for a single A plot, like Everybody Loves Raymond, then you’ve got more time to explore your central characters’ emotional response to this episode’s problem, drag up the wounds of the past, throw a couple of dramatic pauses and teary moments in and go into greater depth.

Singular A plots are more theatrical and are more reminiscent of short plays than their televisual cousins which are more literary in nature. Multi-strand novels happily devote a chapter to each plot-line and use it as a way to keep the audience in suspense, leaving each chapter on a cliffhanger or with unanswered questions.

Having multiple plot-lines isn’t necessary, but it does show a production company that you can create, explore and resolve a number of stories in one episode. Which will help them to XYZ better. 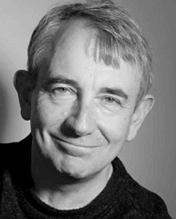 To see all classes being taught by Simon Wright CLICK HERE

What is it actually like to be a working actor in London? In this blog-series, our Screen Acting Tutor and…