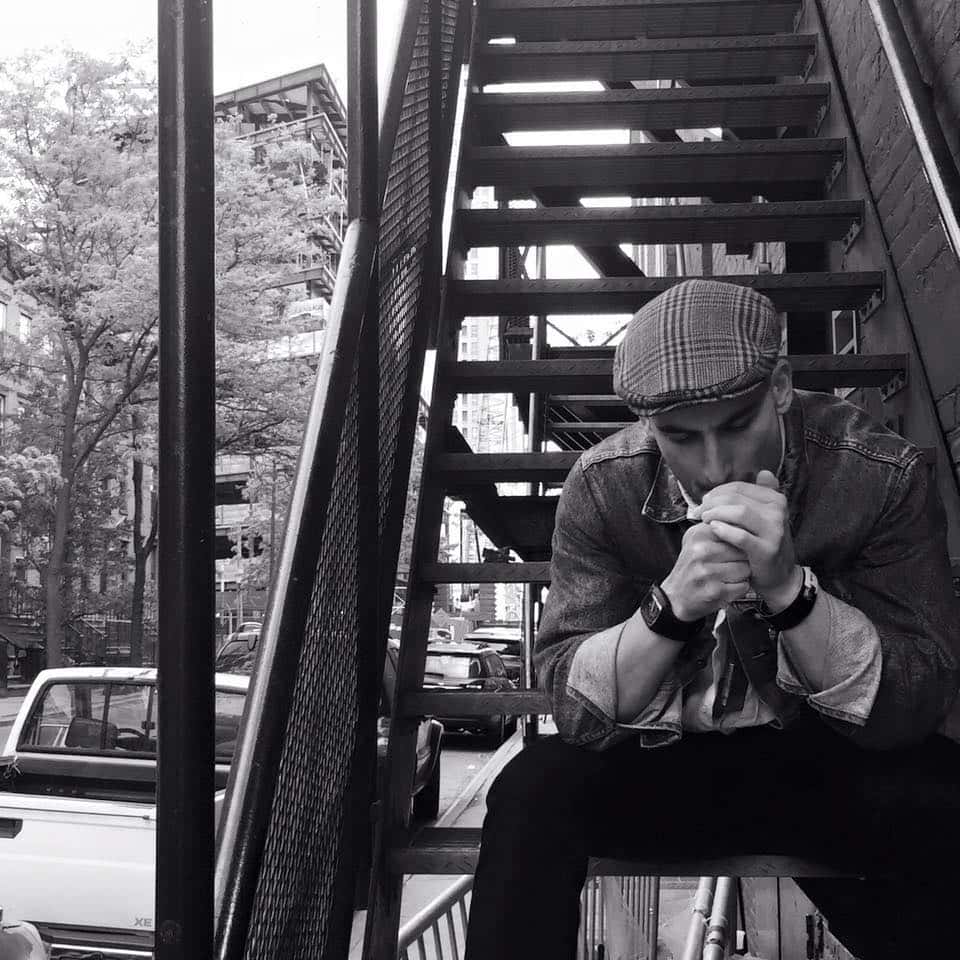 Tom is back in the acting game and he is once again touring with The Judas Kiss.

A converted church space in Goodge Street was to be our home for the newest rehearsal period of The Judas Kiss. So much time had passed since we saw each other last; there were four new cast members to meet, new understudies, and a change in some of the production team. Cups of tea were cradled in cold hands as introductions were made. I had the inevitable "You were going to join the Marines?", "You've shaved your head!" and "What made you decide against the military in the end?" questions and comments, and I do remember preparing myself for the onslaught.

I imagine it's not everyday that someone from the acting sphere decides to leave to pursue a career in a contrary world such as the military. I was glad to be back but still had a sense of failure surrounding the Marines; just a wisp of a notion dancing in my head that alluded to my ongoing struggle of sticking with something and seeing it through no matter the hardships that are attached to it. It took me a few years to extract this wisp from my thoughts.

Rehearsals were enjoyable, and working again with Luca (my voice and accent coach) was an enthusiastic re-engagement. We became close friends during previous incarnations of the play, but me changing my potential career path and moving out of London meant that we hadn't seen each other in a while. I had rented a room at a friend's flat in Kensal Rise for the couple of months before flying to Toronto at the beginning of March. It's exhausting, all this mind and location changing, and my secret dreams screamed at me for stability. I'm still working on that...

Now I often tell my students, and actors just finding their feet in this volatile industry, that establishing a sense of security in your life whilst pursuing your passion is invaluable. It provides you with the solid foundation you need in order to build on your career, otherwise you are in danger of floating like seaweed, at the mercies of ever changing and unpredictable tides. With all this said, I floated over the Atlantic ocean, touched down in Toronto (for the second time in my artistic career) and nestled myself into a cosy one bed flat in the financial district.

The first leg of the Judas Kiss tour was at the 2,200 seater Ed Mirvish Theatre in the heart of Toronto, and after a day to get over the jet lag we started the unglamorous technical rehearsals; standing around in your set positions on stage whilst they configure lights and adjust sound levels.

I was the only one without a radio microphone, most definitely because of my lack of costume in the play. In this cavernous auditorium I had to make sure I was heard properly, whilst still maintaining the fragile intimacy of the environment that Oscar Wilde inhabited post incarceration, another welcome little challenge. The few technical days were over fairly quickly and we dived headlong into the previews. How strange it was to be on the stage again with the same play from four years ago, as though it was in itself a defiance against the inevitable structure of time. 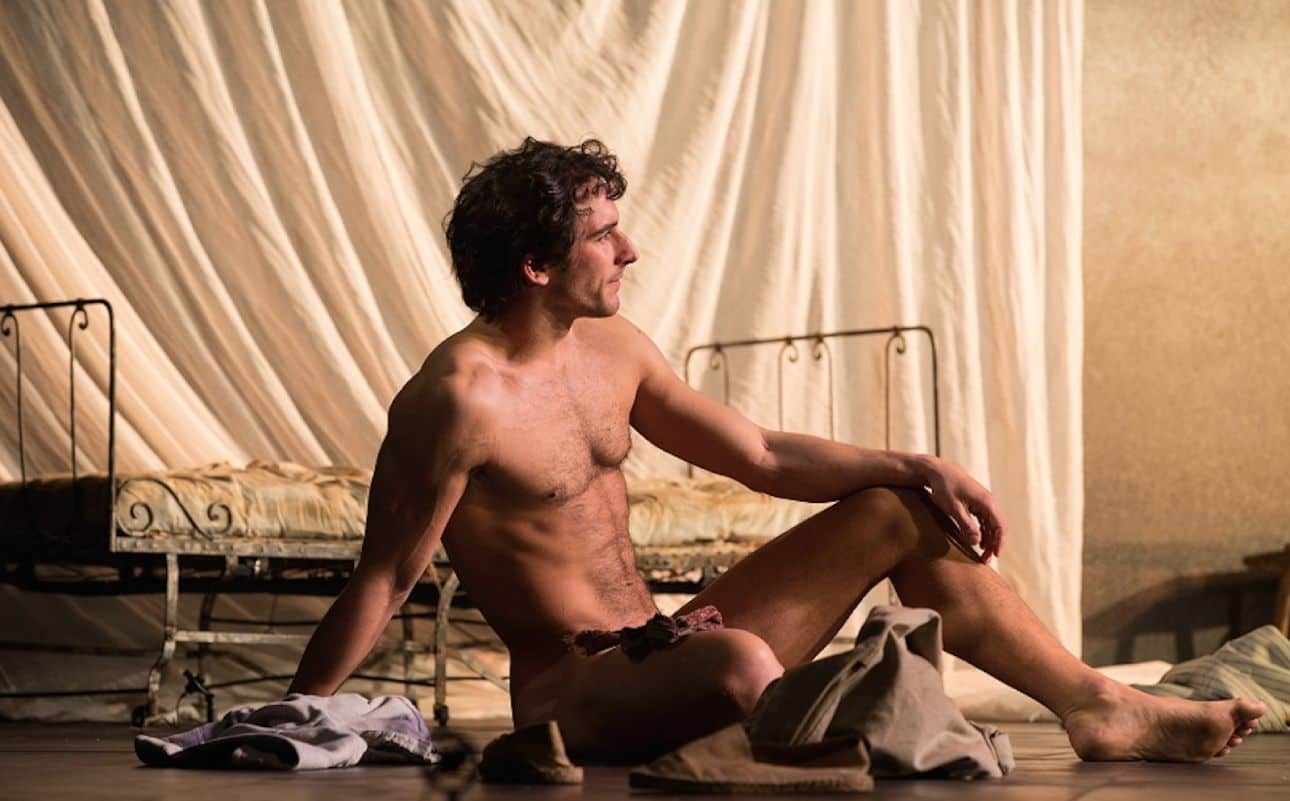 Routine for the Touring Actor

As mentioned before, I was craving routine and stability and so cultivated a form of routine that went something like; wake at 8am, go to the gym, have breakfast, (re)write the play I had been working on in Spain the previous year, nap, go to the theatre and do the play, rush home and be reading in bed by 10.30pm.

It was working well and only a few times did I buck the trend with a spontaneous foray into the depths of the Toronto nightlife, or the occasional baseball game watching the Blue Jays, or a Kundalini Yoga session with Rupert, followed by a basement sushi restaurant lunch.

It was at one of our post yoga sushi sessions that Rupert revealed that he had been writing a film about Oscar Wilde, charting his rapid decline and eventual death in Paris in 1900. "There's a part for you in it, if you would be interested?" he said over some sashimi and miso soup. He told me of the role and his connection to Wilde, as well as the story and how his vision had manifested itself in his head. "It's been ten years in the making, and we're filming it this summer," he added, and with that knowledge I reflected where I would have been when he had sat down at his computer for the first time and wrote the initial words. Pre London, pre acting, pre drama school...

I was still a sixth form student deciding what path to take next when he started his mammoth journey down the creative Wildean path. If ever I had heard of a project that required perseverance, persistence and self belief then this was it. What dedication to a single story! He was to direct, star as Wilde and co-produce, giving it the title of The Happy Prince.

"I'll have to talk to the producers but I would love you to be involved, if you would like. Also, you would have to speak French. And fight."

This possibility lodged in my mind, and I fantasised about being on a film set with actors of such calibre as Rupert, Colin Firth and Emily Watson. Please, please, please let me do this project, I threw up to the Gods as I walked briskly back to my apartment. Please be on my side this time. The industry is riddled with rejection at every corner for the aspiring actor, it becomes a norm and part of everyday life.

I was under no pretence that I would actually secure this role, but somewhere deep down that little fire of desire kept burning and refused to be extinguished. Could this be my bumpy road back into the acting game?! It was outside of my control, and I desperately focused on enjoying what Toronto had to offer, working with talented people on such a well crafted play, and revisiting the words of my own play (still unfinished).

It's a favourite of mine - the giddy combination of travelling and working. It seldom happens, but when it does it is glorious. Whilst the actor must keep a well trained eye on the mortality of pleasurable work, don't let the finality be a Doomsday date in your diary. Instead, with the secure knowledge that that date will come, view it as a door of sorts, and once opened this door will reveal a multitude of others, one of which you'll curiously walk through, and again another multitude, and another.

In this way I have learned that the only path is forward, whilst still consciously retaining a joy in the present. A nostalgic longing rooted in the past has no place in the actor's mind. All too easy to write, all the harder to practice. And so Toronto came to a close, and after a brief respite in Boston, I was off to Brooklyn to perform at BAM (Brooklyn Academy of Music). As we touched down I mentally ticked it off of the bucket list.

Ballet has a great number of physical, mental and social benefits for participants. However, quite often  people feel like if…