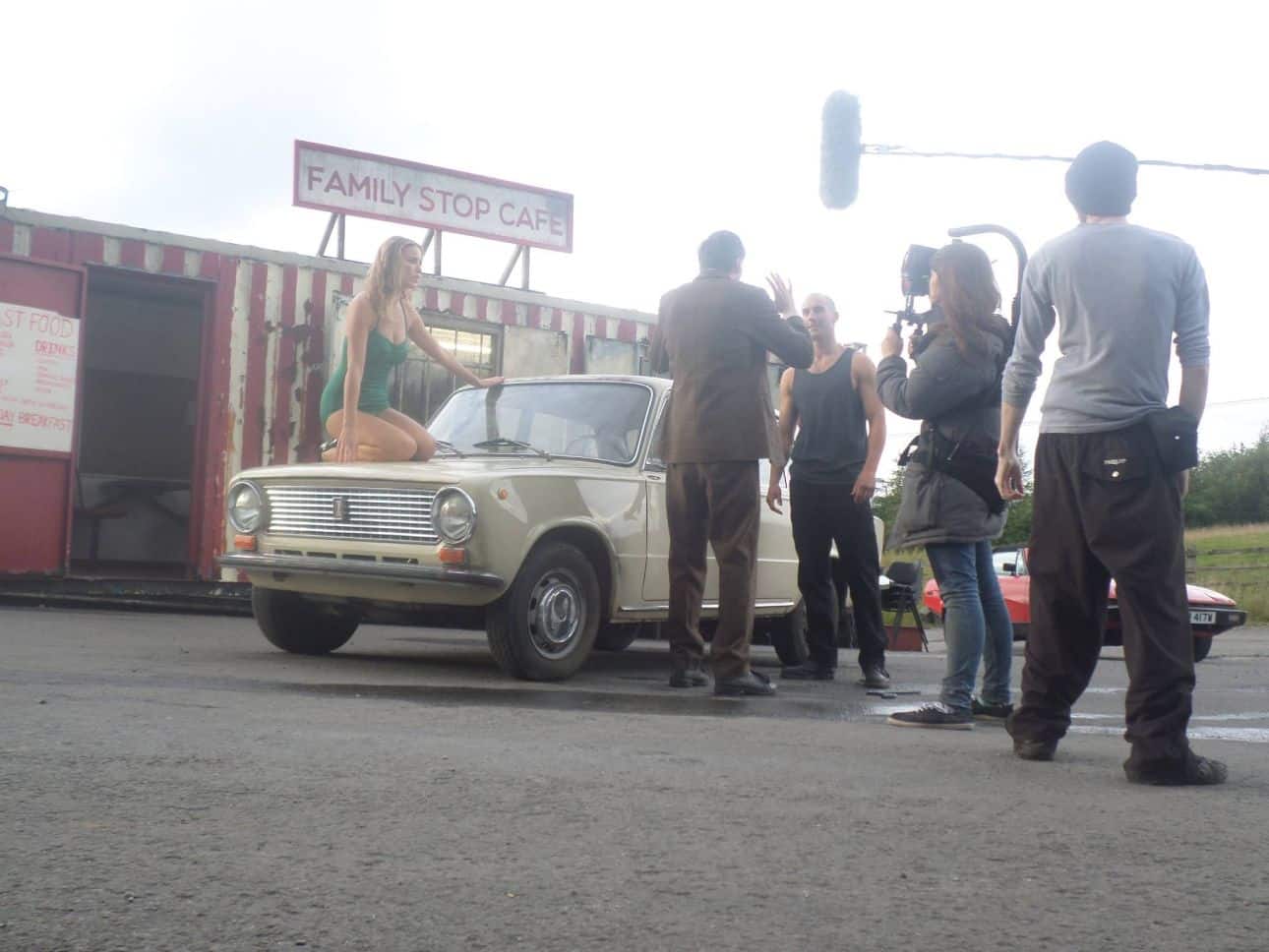 In the last chapter of The Acting Diaries, Tom headed over the Atlantic on tour. What will he do when the tour comes to and end?

Toronto was an alcohol fuelled melée of bravado, testosterone and one-up-man-ship. I got a clearer understanding of the differing opinions that various servicemen and women had on other regiments within the Armed Forces. One night it was "the parras" that were the elite underneath the S.A.S. Then the next "the parras had had their day" and the "bootnecks" (Royal Marines) were the new supreme arm of the British military. Playing a soldier was a lot of fun, and it was a possible career path back in my teenage years.

I trained in the gym most days, performed in the evening, and then went to the bars. This was the routine for Canada and the rest of the tour, the drinking aspect growing exponentially as the weeks went by. The more time we spent together the more frequent were the "Colley, you would be a great soldier" comments were. I laughed them off, at first.

The second leg of the tour saw us taking a flight back over the Atlantic. We went from Truro to Manchester, from Bromley to Wolverhampton, from Newcastle to Norwich, until I felt like I had traversed the whole of the UK. At the end I felt exhausted by it all, but fundamentally changed. After living with these people and working together for an extended period of time, the once off hand remarks about me being in the military went from at best humorous, to a serious consideration.

I left London bound from Manchester train station with my luggage from the last five months on tour and remember looking out of the window thinking 'what if... what if I did join? Should I join? Am I meant to join?' I was 26 at this point and still young enough. I could even apply to be an officer and go to Sandhurst.

Before that I decided to spend all the money I earned on that job on a month long road trip through America on Route 66 with my renegade Rome friend. We wanted to do a big adventure and this was to be it. We sped through eight states, making stops at notorious cities like Nashville, Memphis, Phoenix, Las Vegas, San Diego and Los Angeles. By the end of it I was physically and financially wrecked, and headed home (to my parents) to scrabble about looking for a job.

I managed to find one painting the exterior of a huge house in the countryside with my Dad, and we worked day in day out for two weeks. It was fun and a nice way to spend the summer and I started to forget about acting and what was next. Maybe the 'bug' was fading... 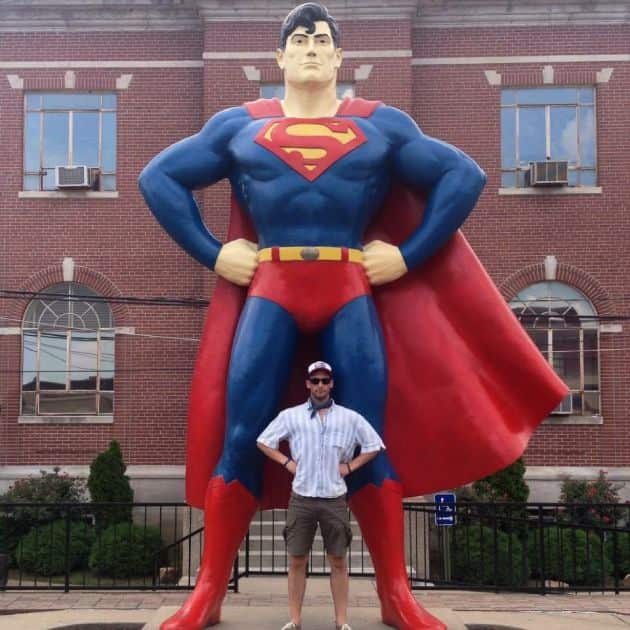 I got a couple of calls to go into London and audition for two projects; one a docu-drama for US Discovery, and another for an independent feature film. I read the scripts and rushed down to do them, eager to get back to holding a paint brush, even though the pay was fairly abysmal and you couldn't help but feel the owners of the house enjoyed having 'servants' at their beck and call. We were given a half hour lunch, all sitting round an expensive patio table with our bowls of pasta with no choice but to listen to the daughters harp on about riding horses and how difficult it was organising their social calendars.

From time to time we would see the 'man of the house' arrive in his vintage sports car, and we were lucky enough to receive a courteous nod on occasion. The envelope of cash at the end was alright though, kind of made it worth it (!?). My parents were fantastic in helping me prepare for the two late notice auditions, and they have always been so supportive in helping in every way possible for the various auditions and castings over the years. Many roles that I've managed to get over the years have been down to the help I received from them.

The meeting for the film has actually the best one I've had to date. I managed to read the screenplay (a unique coming of age story set in 80's rural England) on my way in and loved the writing. I went in to chat with the writer/director, who told me that filming would be in Wales and start within a month. He had allocated a section of the script for me to read so I was prepared to go through that in the room. Instead he presses record and says "Talk to me about yourself... where did you grow up?"

I spent the next ten minutes chatting about my background, the random jobs I've done aside from acting, school life, growing up in rural Essex with family in the police. It was so refreshing and I relished the opportunity to have a casting that was so different from the rest of them. After he said "Well, I guess we should film the scene, if you want to?" I said I did and we went through it a couple of times. Castings are often formulaic, but it's always best to be prepared for the unexpected, to be confident to talk about yourself, after all they are looking for someone to best suit the character. If you're it, you stand a much better chance.

I ended up being offered both jobs and both had almost identical schedules for me. After some back and forth with my agent and the producers I was able to film both. One was in Wales, another in London, and so I hired a car to get myself between the two filming locations. Many times I would wrap on one project in the evening and make the four hour drive to the other location ready to be picked up at dawn to film for the other project. It was a great exercise in preparing multiple roles, and was a great challenge, like I was doing a repertory stint in TV and film.

On set in Wales (for the independent feature) we were to film a scene in a garage, an argument between my character and his surrogate father, and the director saunters up to me before the take; "You can say the lines, if you like, or make it up. Do what you feel. OK everyone, are we ready to go for a take?!" It's been the only time in my career that I have been given this (non)direction. At first I was confused, but then something dragged my mind back to watching films like Mean Streets and Taxi Driver, seeing how effortlessly De Niro would improvise dialogue because he just knew the character.

This was my test here, do I know the character as well as I think I do? In this way you're prepared for anything on set, whether it be seemingly off kilter direction or an unforeseeable complication in the filming schedule. If you get a role, test yourself; test your ability to adapt to situations in character, after all, aren't we in a constant state of adaptation in our own lives? 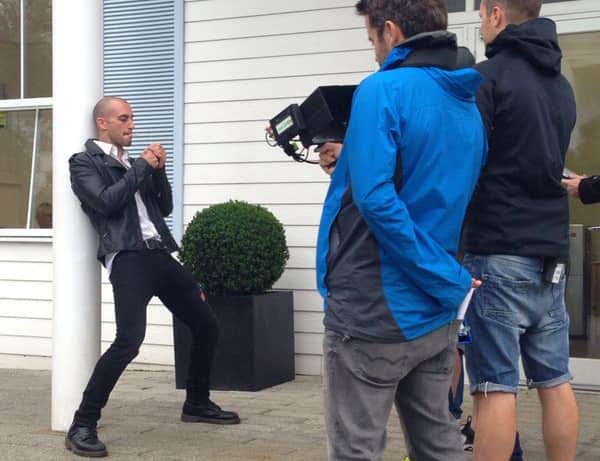 I enjoyed both projects equally and being on tour, and found it almost amusing that I was the busiest I had ever been as an actor without wanting or pushing for it. Maybe sometimes it's just best to let things happen, without trying to manipulate the situation too much. Actors are generally in states of unrelenting terror with questions such as 'When will I get my next acting job?' or 'Why am I getting no casting at the moment?' plaguing their existences. There's other stuff to be doing whilst waiting for the next job to come to you. Don't put your life on hold for them, go do that stuff. Whatever it may be.