City Academy > News > ‘The Grip of the Octopus’ by Joe Bedford

'The Grip of the Octopus' was written by Joe Bedford for our City Academy Short Story Competition 2021.

The Grip of the Octopus

Fine, I’ll start again. I murdered the Chinaman because of a film called L’étreinte de la pieuvre, a film I have seen exactly 352 times, which is playing, right this moment, at the La Chinoise Theatre & Picture-House in the Third Arrondissement. If we leave here now we can make it there before the end of the film and I can show you everything. Then we can go through the questions for as long as you like.

One month ago. They picked me up the morning after my last viewing of L’étreinte de la pieuvre. It was a matter of hours. I’ve been in this room – more or less – since then.

It’s American, 1919. A silent film, twenty minutes long. It’s part of a serial – that’s L'étreinte de la pieuvre – although there’s nothing in it about an octopus. That said, I’ve only seen the one instalment. It’s the only one they ever show at La Chinoise. It’s episode eight. 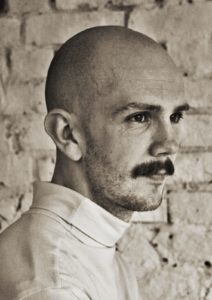 Joe Bedford is a writer from Doncaster, UK. His short stories have been published widely, including in Litro, Structo and Mechanics’ Institute Review, and are available to read at joebedford.co.uk.

From Ballet to Bollywood, our Dance Classes offer an extensive range of disciplines and styles. To help you choose, we’ve…