Introducing the Sitcom Mission, a project of two Sitcom lovers and writers to find the 'X Factor' of Sitcom scripts. 2017 brought 208 entries, 174 pieces of feedback, eight long listed entries, culminating in a finale and a winner in the industry showcase at the New Diorama.  In the audience were comedy commissioners, producers, literary agents and production companies from Sky, BBC, Channel 4 and more. Why did they come? To hear new writing, new material and to find new Sitcoms.

The Sitcom Mission was founded in 2009 by friends Declan Hill and Simon Wright; they met while performing, Simon is a working actor and Declan did stand-up and Improv, and they share an unrivaled passion for sitcoms. Since then they've co-written the best selling eBook 'Your Sitcom Mission...Should You Choose To Accept It' and teach Sitcom courses for City Academy. They enjoy discussing, dissecting and developing sitcoms with their students.

The Sitcom Mission gives new writing a fantastic platform to be heard by those able to make a difference. 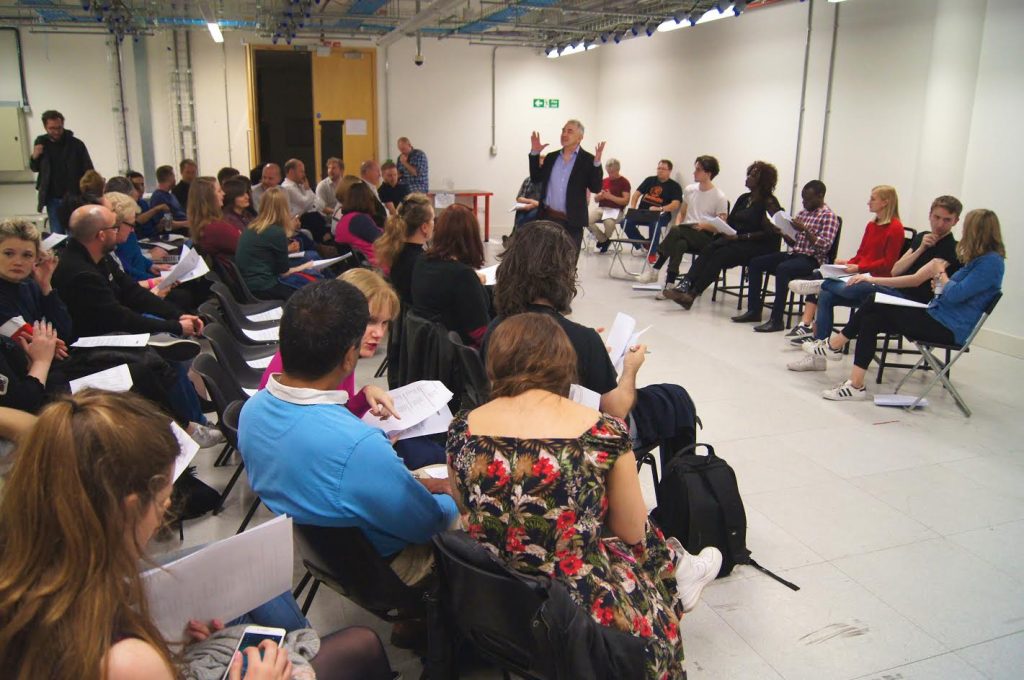 The Sitcom Mission final was comprised of four very different sitcoms from topical ructions of Brexit in a domestic setting, through farce, millennial navalgazing and characters facing mid-life crisis (again) at the age of 30.

After the show the judges were torn between two scripts, but eventually came down in favour of Do It Yourself by Ben Hogan and Colin Elves. Congrats to those two obviously, and also to the other finalists; Adriel Leff for Joe Pair, Mike Arber for The Roaring Twenties and Tasha Dhanraj for Hard Principles.

We caught up with winners, Ben and Colin, after the final to get their views...

How long have been writing comedy?

Ben: I've been writing comedy on and off for 6 years. Firstly through writing plays for the stage and then sitcoms with Colin.

Colin: I did a bit of stand up when I was at university - I ended up doing a stand up course alongside Miles Jupp of all people. Clearly he got a lot more out of it than I did, his career sky rocketed shortly afterwards! While mine just left me struggling to make tired Scottish welders laugh in Fife. Eventually I met Ben as he needed a cameraman to shoot his Kickstarter Funds spec Sitcom Pilot ‘No Point’. We seemed to hit it off and soon discovered we had a similar sense of humour and started writing and making little comedy films together.

How did you get involved with the Sitcom Mission and how do you feel about the project?

Ben: I've known about the sitcom mission for a while and Colin and I bought one of Simon and Declan's e-books a little while back which I think is one of the best books on sitcom writing I've read. Great practical advice! We entered a couple of years ago with a sitcom called Slippin' but we didn't make the longlist that time around.

I feel super proud of our project. Colin and I tend to work and work lines as much as possible. Endlessly tweaking. And arguing, I mean, creative debating! The first draft took us 5 days and the editing has taken 6 months on and off but we felt the characters really came through in the final and setting the piece in a failing DIY store eventually began to make sense. That coupled with the incredible bunch of actors we were lucky enough to read for us.

Colin: Ben told me about it. It definitely looked like something worth doing (and it was!).

I’m very proud of the project as well. To be honest, it almost didn’t go ahead. It almost split up our partnership. Ben and I had arranged an industry reading of 3 of our comedy scripts: a Sitcom and a couple of short plays. Then one week beforehand Ben declared he was unhappy with one of them and didn’t want to do it. But he had an idea for something else. I think my words at the time were along the lines of “F*** OFF. We are NOT writing something new. We are doing this next week, there is no way in hell we can write something good enough in a week.”

Turns out I was wrong. We can write something good enough in a week. The script went down really well with the industry audience. It wasn’t perfect and had to undergo a lot of development to get to the stage where it was good enough to win the Sitcom Mission, but... it was good. (And I guess Ben did have a good idea. Sigh). 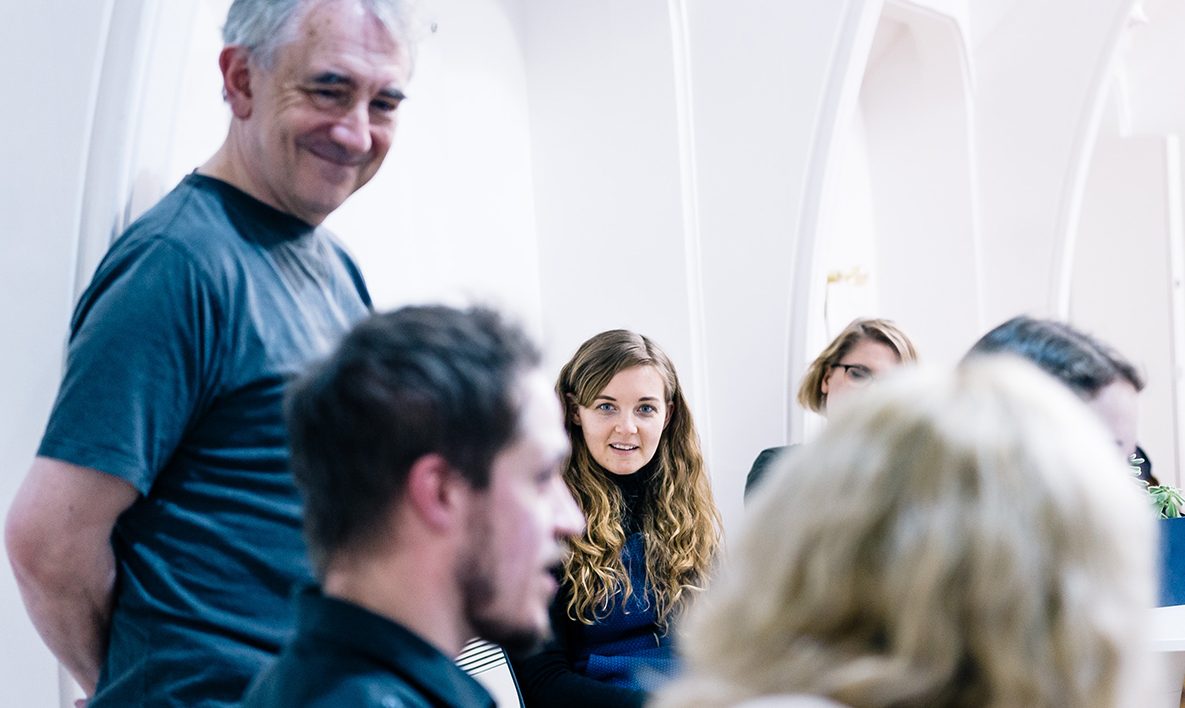 How did it feel to be shortlisted for the final and go on to win it?

Ben: Getting shortlisted for the final was brilliant. Simon and Declan kept us waiting but we were both delighted to make it through especially since some of the other sitcoms were getting some very big laughs at the long list show. Comedy rarely lies. It's hard. If it's not working; your audience will tell you in the worst way possible: deathly silence.

Colin: I was just surprised we kept getting further and further in the competition. You write stuff you think is funny, but you’re never sure if other people will think the same. Plus, even when it is funny for other people, sometimes it’s the bits you didn’t even realise were jokes that they’re laughing at, while your favourite gags are met with cold stares.

So I was never sure we would win it. Especially since the other scripts in the final were very strong too.

What's next for you guys?

Ben: We have been lucky enough to secure six meetings (so far) off the back of winning with some highly established comedy producers, execs and broadcasters so here's hoping our little sketch that became a sitcom might get on the telly. Watch this space...

Colin: Um. Well. My middle child has just squished a banana into his bed sheets when he was supposed to be going to bed. So I guess I’ll be dealing with that...In terms of writing, who knows. We’re going to have these meetings, pitch a few ideas and see what gets picked up. 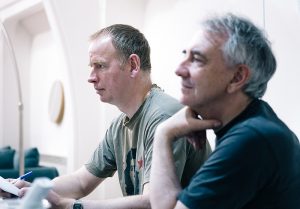 The Sitcom Mission is truly a unique opportunity to showcase your writing. Interested in entering for 2018? Find out more at: www.comedy.co.uk/sitcom_mission

Looking to get some feedback on your writing, or start something new? Then try our Sitcom Writing courses with Declan and Simon: www.city-academy.com/sitcom-writing

Our Theatre Companies give our acting students the chance to put their technique through its paces, and hone their performance…