Aperture, in a mechanical sense, refers to the size of the opening at the back of the lens, which controls how much light is being passed onto the camera's sensor.

Aperture, often called F-stop, is important to the exposure of your photograph, but it also affects how much of your image is in focus, or the 'depth of field'. This is an important stylistic choice, and impacts the look and feel of your image.

Here are five points to explain and experiment with aperture:

When the aperture opening is wide (e.g. a lower value such as f/1.4), the image background appears blurrier and contrasts with the foreground, resulting in a shallow depth of field.

When the aperture opening is narrow (e.g. a higher value such as f/22), both the background and foreground stay in focus, resulting in a flatness we call deeper depth of field. 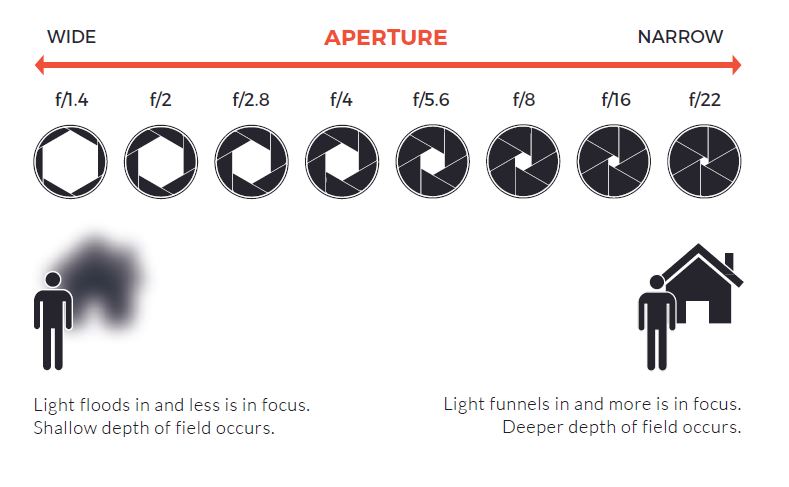 Don't forget that as you change the f-stop to control the depth of field, you will also affect exposure. To compensate for the light, adjust the shutter speed manually, or allow the use Aperture Priority mode on your camera.

With your camera on Aperture Priority mode, choose a subject to photograph and position it to the right of your frame. Blur out the background by using a wide aperture to make the subject the focus on your photo. Experiment with five different apertures for a different blur each time.

City Academy run photography classes across London - practice your composition and get hands-on practical advice from professional photographers in our wide range of courses: 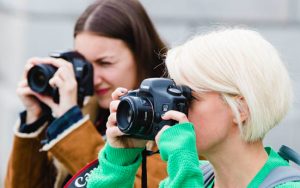