So, exactly what is improvisation? Improvisation is one of the core techniques used by actors. It stretches the imagination, sparks spontaneity and can lead to unforgettable performances. To the dismay of script writers everywhere, it has also been responsible for some of the best moments in cinema history! Jack Nicholson’s line, “Heeeeeere's Johnny,” in the Shining? Improvised.

Improvisation isn’t just restricted to the silver screen though. It spans various genres: from improvised comedy nights and stand-up comedy to music. We’ll take a look at what improvisation really means, and why developing improvisation skills can be so useful. 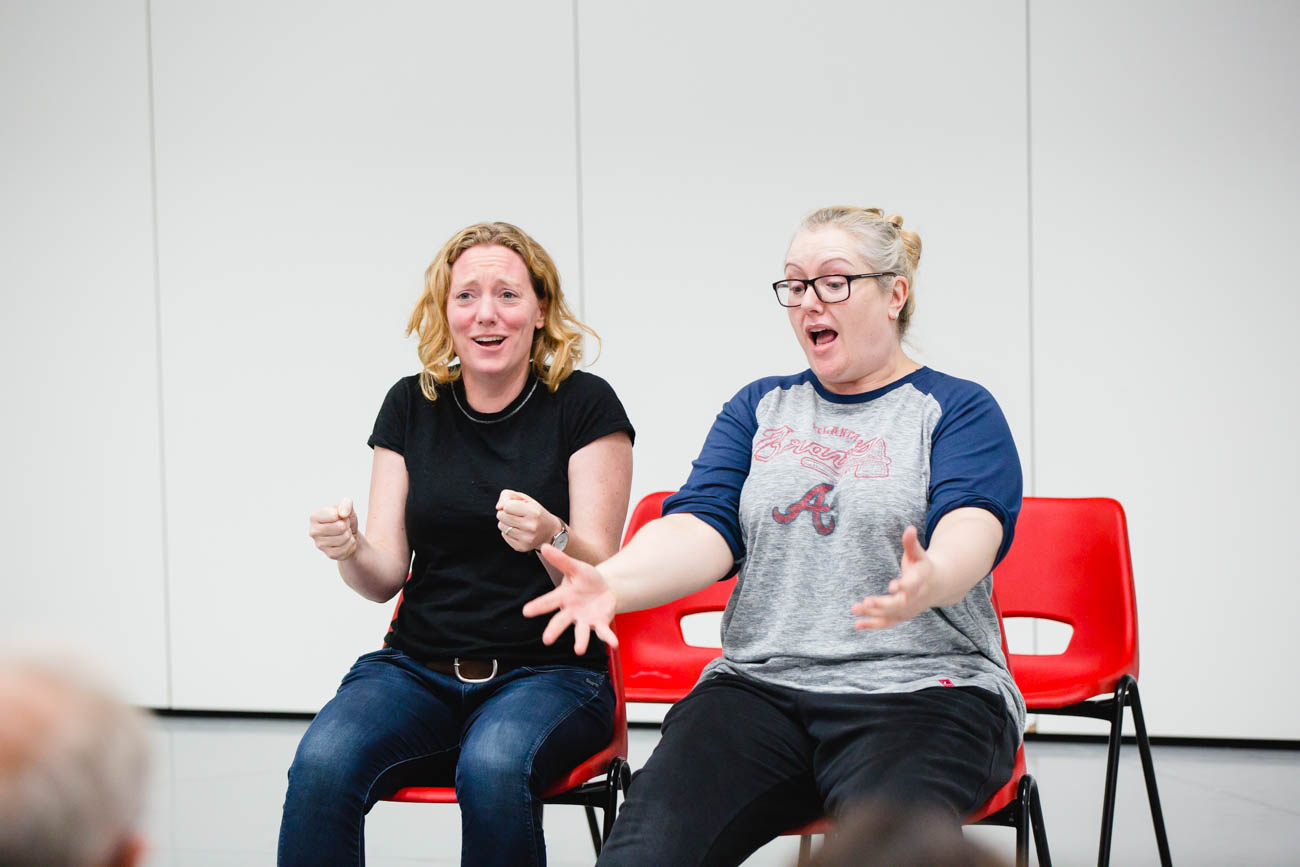 Should we throw away the script?

Scripted work of course has great merits, and forms the basis for the majority of acting we are used to seeing, whether at the cinema or theatre. However, going “off script” can sometimes offer a moment of magic which cannot be explained – and that’s the point!

Unscripted, improvised theatre and comedy are both established art forms in their own right, and are growing in popularity among audiences due to their high-energy and spontaneous moments of comedy.

How do actors do it?

Improvisation (aka acting improv) is not a new invention - actors have been using these skills for centuries. For example Commedia dell’Arte, dating back to 16th century Italy, relied on improvisation for much of its storytelling.

Improvisation is really an example of heightened communication, relying on an actor’s ability to engage completely with their fellow performers as well their own character. Taking a character off-script and seeing how they react in different situations helps create a rounded character and can lead to more natural, believable performances.

There are number of techniques actors can develop in rehearsal to develop these skills. From playful games and exercises designed to ignite creativity, through to identifying ‘states of being’ to help ‘switch on’ energy and charisma. These are acting techniques which can be developed through practice and repetition.

The master of improvisation

Robin Williams was famous for his improvisation skills both in his stand-up comedy and in his television and film work. He started his career as a stand-up comedian in comedy clubs in LA and also graced the stage of London’s Comedy Store. Williams’s ability to improvise was legendary and he has been hailed by many as having a unique comic genius -  a true comedy improv great. His skill for adlibbing could also be seen in his screen work. Merrill Markoe who worked as a writer on a show Williams starred in wrote, “You didn’t really need to bother writing for him, when the camera was on, he blew through doing what he did and stole the show.”

There are many examples of films in which actors have stolen the show with improvised lines which have gone on to become iconic. Stephen Spielberg was reportedly concerned that there wasn’t enough humour in his film Jaws and encouraged his actors to improvise some parts. Roy Scheider’s infamous line “you’re gonna need a bigger boat” became an instant classic.

However, improvisation in films doesn’t necessarily need to be verbal. It can also be a gesture which can result in a genuine reaction from a fellow performer. A good example of this is in Garry Marhsall’s Pretty Woman, when Richard Gere snaps a jewellery box on Julia Roberts’ hand prompting her to burst into laughter. Improvisation brings out spontaneity in performers and can bring something unexpected and genuine to a scene.

This all sounds like great fun – do I need to be an actor to try it?

Absolutely not! Many non-actors can use improvisation to help them think more creatively. Improvisation is a great way of generating ideas, some of which are thrown out and some are kept. Improvisation games, likes the ones used in Whose Line Is It Anyway, are a great way to encourage people to work closely together and bring out their creative side in a fun environment. At City Academy our students study improvisation for a whole range of reasons, some for performance, some to develop professional skills, and some who just love having a great time!

City Academy run a range of Improvisation Courses for Acting and Comedy across London: