Meisner Acting is one of the pillars of all modern acting training and is taught at Drama Schools the world over. However, it is perhaps less well-known in the popular imagination than some other acting techniques, such as Method Acting.

Who was Sanford Meisner?

Sanford Meisner was a well-respected New York based actor. In the early 1930s, Meisner and a group of actors including Lee Strasberg and Stella Adler formed a theatre company called the Group Theatre. They were prominent in developing Method Acting and had studied Stanislavsky’s naturalistic approach to acting. Eventually though, Meisner distanced himself from the Method Acting approach, and developed his own system: the Meisner Technique.

Method Acting focuses on using internal sources for developing a character, such as memory and emotional recollection; stories of the lengths many method actors go to in search of authentic performances have become the stuff of legend. By contrast, Meisner Technique focuses on external sources for inspiration, with actors reacting to their fellow performers and their behaviour. Much of Meisner Acting is based around improvisation, enabling an actor to be spontaneous and respond to live moments as well as rehearsed situations.

“You don't pick up cues, you pick up impulses.”

So why would you want to use the Meisner Technique? Isn’t it just easier to learn your lines, practise them and say them as rehearsed? Well, not necessarily. Part of the draw of acting is getting to live in imaginary worlds where you get to be a different person: Meisner Acting helps actors to step into these new worlds. Acclaimed actors such as Robert Duvall (The Godfather) studied under the guidance of Sanford Meisner and his authenticity and spontaneity can be seen in his performances. His co-stars Glenn Close and Kyra Sedgwick have described their experiences of acting with him:

“To work with Duvall you seem like you’re not acting. So in The Stone Boy, where we played husband and wife, it really was just existing. It was just natural. True to the event.” Glenn Close

“He always is so vivid, and so real, and so spontaneous, and that’s the thing that I love so much about him. I think really great acting happens in the moment. Sure you can plan, but then you have to be really open to the moment.” Kyra Sedgwick

It’s such a simple technique, but I found it remarkable. It made me feel such strong emotions and react in ways I never thought I was capable of. 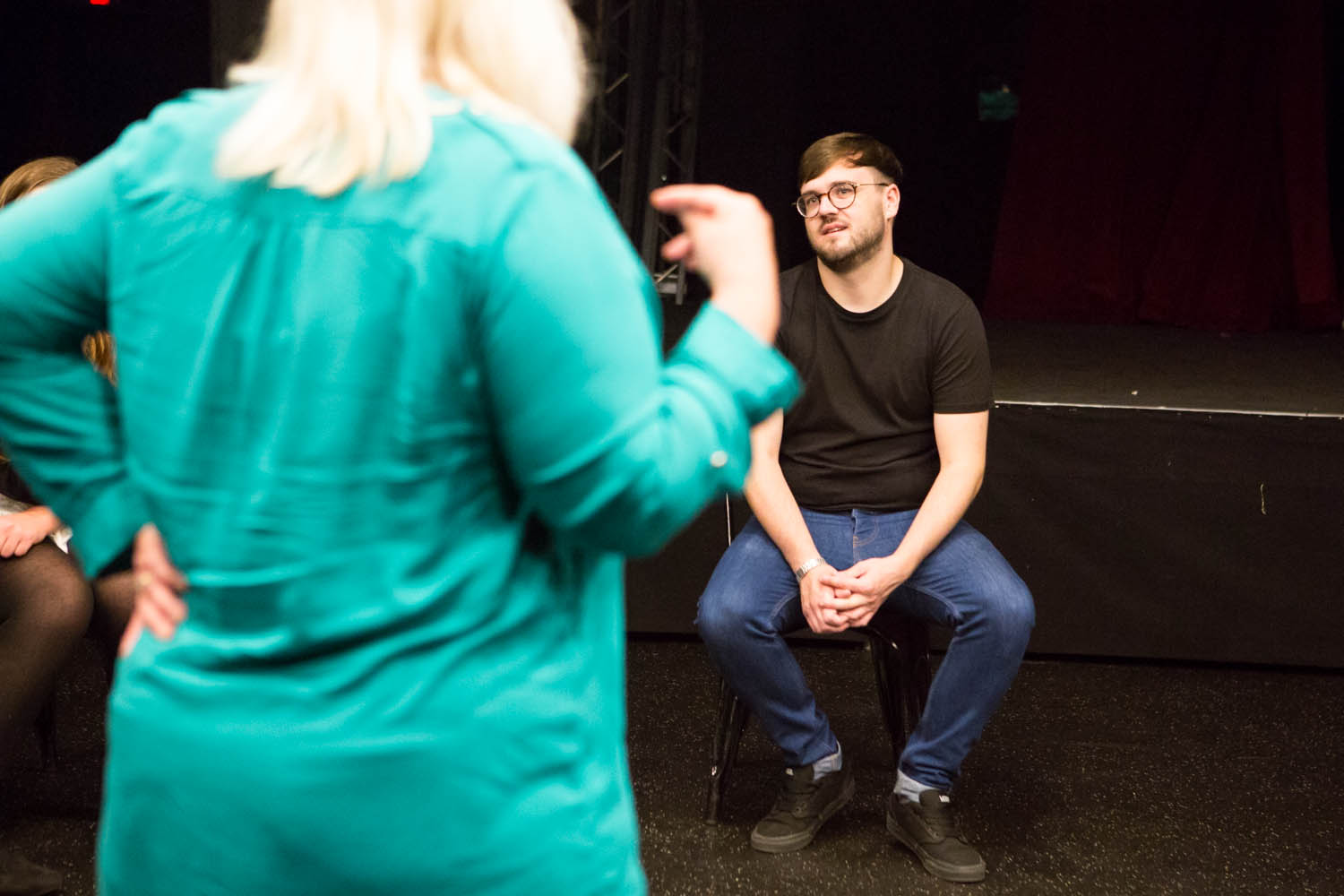 The Repetition Exercise is one of the best-known and celebrated of Meisner Acting exercises. Two actors face each other and make observations, however banal, about each other, repeating what the other has said and adding to it, For example:

1: Your arms are crossed

2: My arms are crossed

3: Your arms are crossed

4: Yes my arms are crossed

This may seem ridiculous at first, but by repeating each other’s sentences the actors are required to focus less on the text and more on each other’s behaviour and gestures. This is what Meisner is referring to when he describes the “reality of doing”: by learning how to respond to a fellow performer actors will uncover a whole new meaning to a scene.

At City Academy, Meisner Technique forms an important part of our acting training, both in our Meisner Acting, and Drama School Courses. Drama School student Utku Guder describes how effective a technique such as the repetition exercise can be: “it is entrancing to watch and feels uncanny when you are the one doing it. It’s such a simple technique, but I found it remarkable. It made me feel such strong emotions and react in ways I never thought I was capable of.”

What about the script?

Learning lines is of course a key part of an actor’s job, but Meisner encouraged his actors to learn their lines without adding inflection and not to rehearse the delivery of the lines. By not rehearsing inflection, the actor can better give a fresh, truthful performance by delivering their lines authentically to how they react to their fellow performers. In this way, Meisner Acting technique can greatly compliment script work and bring a whole new life to any given a scene.

Opera singer and City Academy tutor, Rachel Maby, writes about whether anyone can learn to sing opera, as well discussing…