City Academy > Our Stories > What We Love About Writing

We tap into our creative writing community to find out what they love about the written word, and how they use writing to reflect on themselves and on the world around them.

We ask students and tutors from our Writing department how they use creative writing to channel their emotions, and about their personal journeys into creating literature, from scripts to poems... 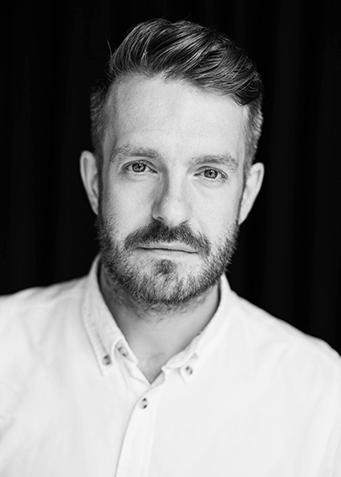 I love dialogue, and in scripts that is essential. I also love actors, so getting to write characters, stories and dialogue that they can bring to life is something I thrive off. Scripts aren't meant to be read, they're meant to be 'made', and for me, that's the joy.

I used to secretly tape-record conversations my family would have when I was a child and listen back to them on repeat - I think this is where I picked up my ear for dialogue! In the past I'd write more from my own experiences, but as my career has progressed I find I now write more about themes, characters and worlds that are new to me, which involves a lot more research. No matter what I write about, I always try to find my own way into the story - something that I can relate to.

I always just try and fill the blank page with something, anything, no matter how bad to ensure the blank page doesn't overwhelm me. Writer's block is usually based on a fear of 'I'm not good enough, what if what I write is bad?' Or it can be a result of editing yourself before you've even got anything on the page. The remedy for this is locking your inner critic in a drawer until you're done.

I think anyone is capable of writing - we all have stories that we want to tell. I'd say for script writing in particular, you should be interested in giving life to characters and story. I'm a big fan of Lars von Trier, Sally Wainwright, Edward Bond and Neil LaBute among others - although very different in style and genre, character is at the heart of all of their work. Getting to create worlds and personas from scratch that would never have existed without putting pen to paper, or fingers to keypad, is what's great about writing. It is a cathartic way to understand and analyse the often chaotic world around us. 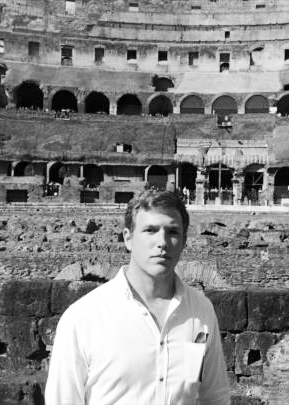 I had picked up quite a serious injury that left me feeling quite useless and angry at not being able to do much. At times I was just laying there on my bed staring at the wall, it was not really a high point. However I looked for things that I could do, and in the end, poetry just kind of stuck. It became an affaire de coeur; when life was frustrating, I turned to poetry.

Whether it be anger, frustration, romance - whatever you feel, you can express yourself through line and verse. I delight in the way you can manipulate words into meanings, innuendos, metaphors etc. To take a few sentences and turn them into expressions of who you are and how you feel, that is why I have a courtship with poetry.

Anywhere can be good to write, I personally do like to be alone while I edit or at least in a quiet environment. But I have written in pubs, coffee shops, on hillsides and at home. In my mind to create is a way of life. If we never gave in to our creative sides then nothing would ever change and the world would be rather drab.

I found City Academy when I was struggling with my limit of experience and wanted a professional's opinion - I wanted the opportunity to learn about different ways to start writing, improve what I was writing, as well as develop my skill and evolve my style. The course was fantastic and Pele who teaches it, is wonderful. It was such a relaxed and creative environment. I hope to write better poetry in the future and share it with others to read. 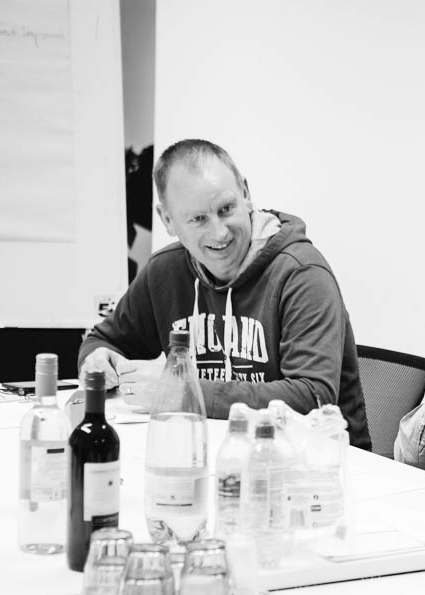 The Big Bang was the first creative act and we’re just a continuation of that moment. Creativity is why we’re here. It’s important because the opposite is either criticism or destruction. But then again, creativity is life itself in all of its beautiful, frustrating, challenging and inexplicable glory. I just love the feeling of putting the pen on paper and coming up with random stuff. It’s like improv – it’s fun finding out what’s going on in the recesses of my mind.

I’m really lucky that I get to teach alongside my fabulous co-producer, Simon Wright, and we’ve been on this journey together for the past 10 years. I love being able to help students to understand and play with an art form. And they help us to grow too, which is even more rewarding.

I have personal writing projects that I work on each year. I’ve been trying different forms – I did a few flash fiction stories a couple of years ago and I wrote my first screenplay last year. This year is about adapting that into a sitcom for the stage. The play is called Singing The Blues and is about a football fan that’s having trouble committing to his girlfriend. The spirit of Sir Bobby Robson visits him and advises him. It’s Charles Dickens meets Woody Allen. I had it developed and a script-in-hand version was filmed at ITV Studios, and I’ve always wanted to see it played out on stage.

Name a sitcom that doesn’t have a dark element to it. Animated sitcoms are especially dark. A lot of the time they’re about taking on power structures, following the struggles of the beaten-down individual in an uncaring world, or how a family copes with each other and the outside world. I've learned, the viewers, and therefore the commissioners, are looking for ‘relatability’.

I embarked on the City Academy course and learned much from the exercises and discussions, as well as excellent theoretical input from Frazer. I had not expected the course to be so much fun!

I have reached retirement age, but it was wonderful to spend time with a group of young would-be writers, all generous with their feedback and encouragement. Also it was a revelation to see how much could be achieved collaboratively. I now encourage my own students to work together to problem solve. I am a psychotherapist and meditation teacher.

Writing academic papers is a part of my job and a real pleasure. I always learn so much from my research and I surprise myself with my own ability to write and attract interest from others. I find writing completely absorbs me and is in its own way a meditative exercise. I do all my writing at home in my office, overlooking the garden.

I love gardening and am lucky enough to have a small walled space in London where I have created a pretty display of shrubs and flowers. It's a creative activity in itself that is stimulating, enjoyable and can bring a huge sense of pleasure and satisfaction.

We are all creative as children but it gets knocked out of us – I strongly believe we can get back in touch with our creativity if encouraged in the right way to do so.

I left school with two O Levels. In my twenties I studied A Level history and got an A. All down to a wonderful teacher called Mr Bartle – I realised I was not as dim as I had considered myself to be and that studying could be a huge joy. I went on to do a BA with the Open University and then when I was in my fifties an MA at Roehampton, getting a distinction. It was writing those initial history essays that kickstarted it all.

Now I would like to break away from academic, highly referenced work to something more free flowing and imaginative. I thought it might be possible to write a short play about the world I work in, but with hindsight I think it might be better to look outwards rather than inwards.

If you would like to practise your writing skills and be part of our creative community, head over to our writing department and explore our courses, where you will find tasters and courses suited to all abilities.

Just like dancers and athletes, it’s important that we warm up as singers to avoid damaging our vocal cords. It…